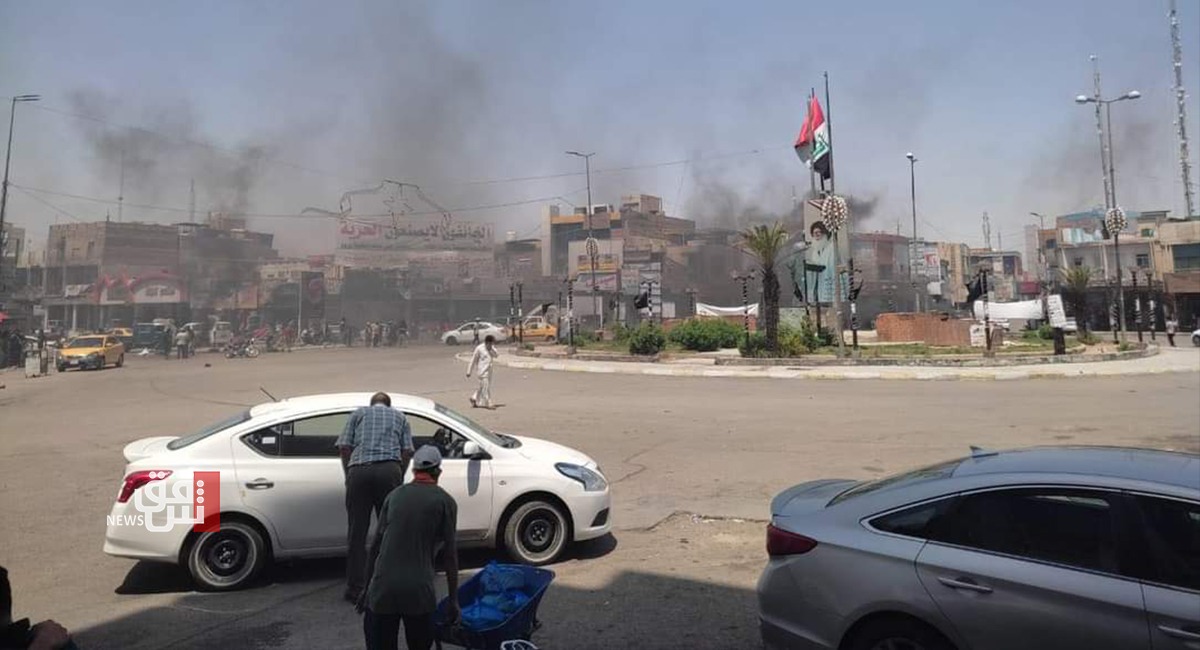 A security source told Shafaq News agency that brawls and rocks exchange between the demonstrators and law enforcement forces escalated, and the protesters managed to close the main gate of the local government's building in the downtown of Nasiriyah.

Earlier today, demonstrators took the streets of the capital of Dhi Qar, demanding jobs and clashed with law enforcement forces, a source reported.

The source said that unemployed graduates gathering near the Oil company blocked the Imam Ali road with burning tires and threw rocks at the security forces.

"The demonstrators demanded contracts in the company as daily wagers, while some accused the governor of stealing their motorbikes," the source added.