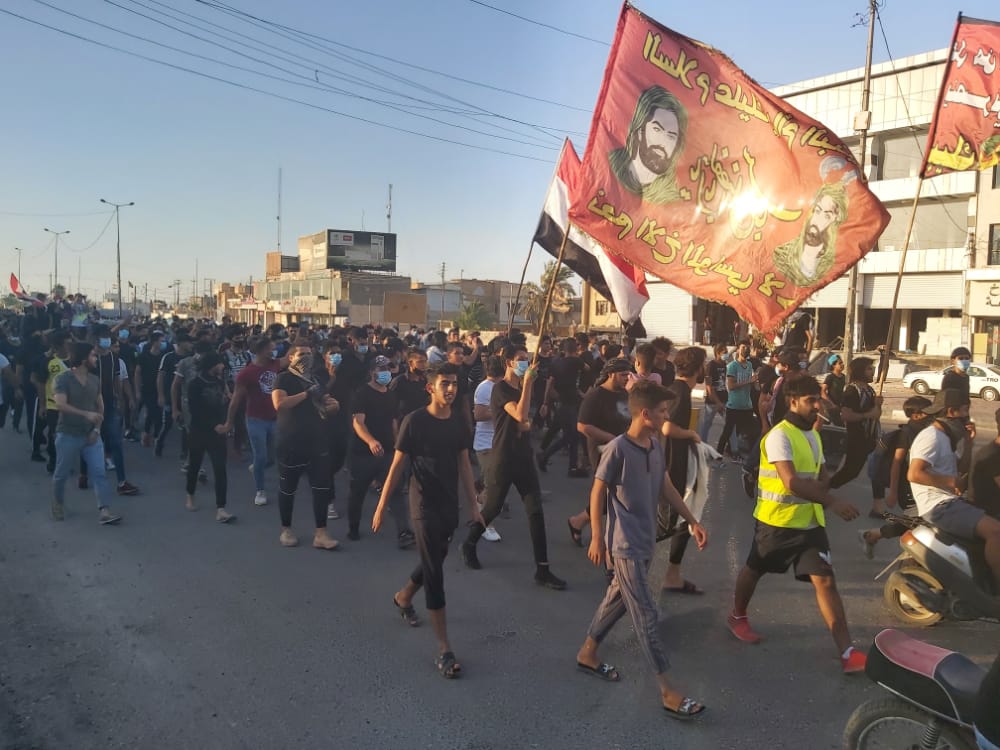 Shafaq News / Demonstrators in Basra stormed the streets of the governorate, demanding revealing the identities of those who killed the demonstrators and the civic activists.

Shafaq News Agency reporter said that tens of demonstrators gathered in Al-Bahariya Square in Basra, demanding the disclosure of the killers of the demonstrators and activists, amid tight security measures against the backdrop of calls for demonstrations launched yesterday on social media.

He added that there is fear of burning some departments in Basra, noting that unprecedented security measures were implemented to protect them.

One of the most prominent civic activist, doctor Reham Yaqoub, was assassinated on Wednesday by an assault rifle by armed men on a motorcycle in Basra.

Reham has been active in the local protest movement since 2018 and has led many women's rallies.

This is the third incident of its kind in which gunmen target a civic activist this week, after an activist was killed and four others were attacked by gunmen in two separate incidents.

The latest wave of violence began when activist Tahseen Osama was assassinated, on Friday, which led three consecutive days of protests, as security forces used live bullets on protesters who threw rocks and firebombs at the governor’s house and blocked many main roads.

Subsequently, Prime Minister Mustafa Al-Kadhimi dismissed the police and national security leaders in Basra on Monday, and directed opening an investigation into the violence, which calmed the protesters' anger.