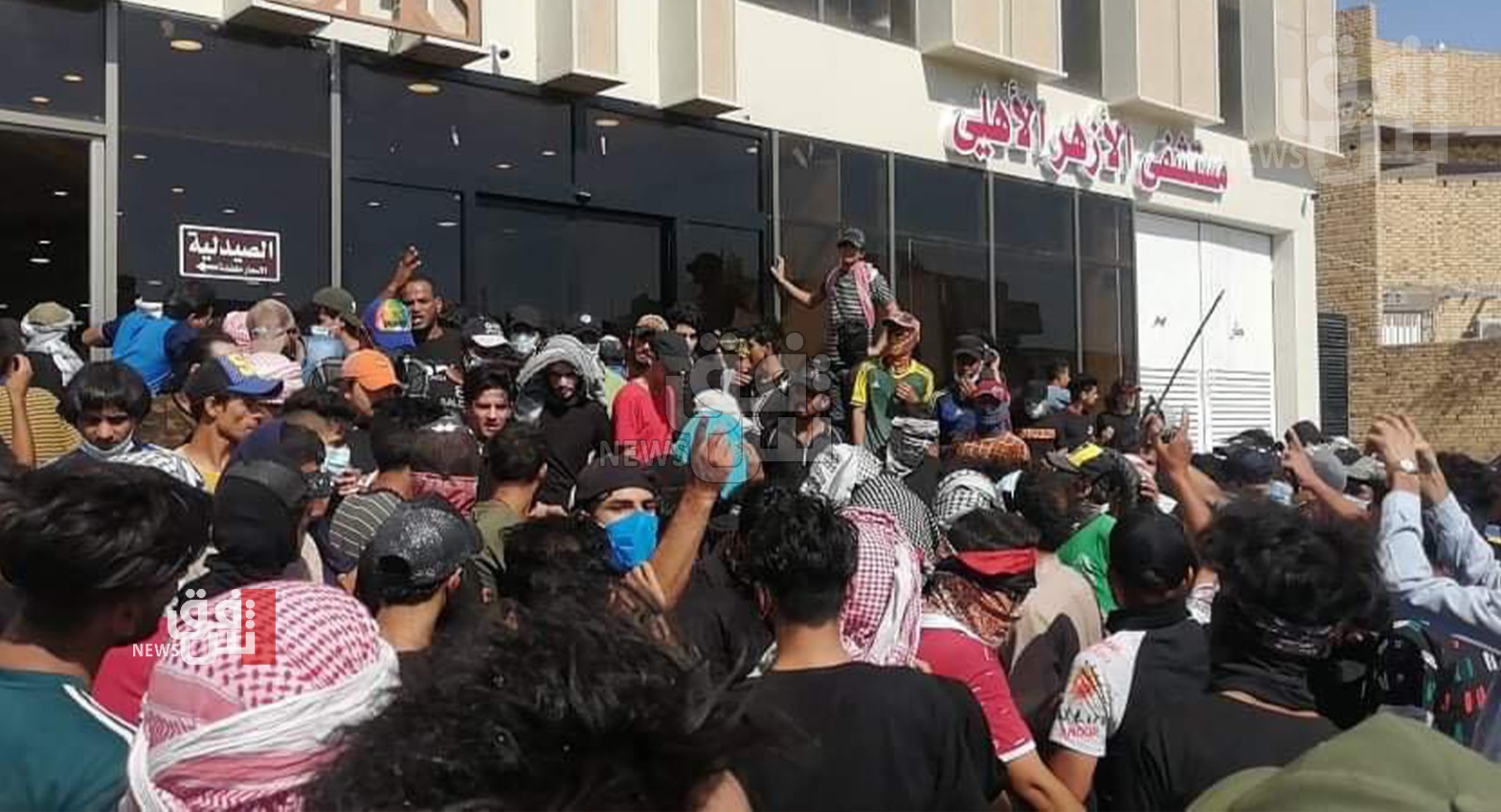 Shafaq News/ Dozens of protesters in Dhi Qar governorate closed private hospitals in the center of Nasiriyah city, a few hours after a fire that consumed dozens of people inside an isolation center for COVID-19 patients.

Shafaq News Agency's reporter stated that angry protesters accused these hospitals of being "one of the arms of corruption and not providing an appropriate health service."

Prime Minister Mustafa Al-Kadhimi decided to refer the Director-General of Dhi Qar Health to investigation after he was detained along with several local officials.