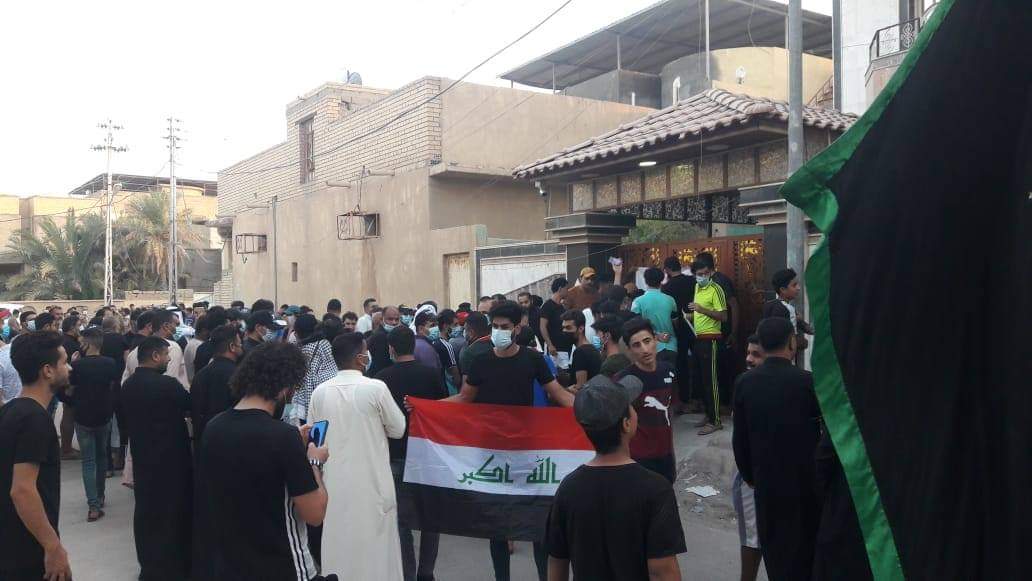 Shafaq News agency reporter said that Al-Qurna district, north of Basra Governorate, witnessed a massive demonstration, during which angry protestors closed the headquarters of the Turkish company Tefirom, which is responsible of the Al-Qurna sewage project.

The protestors demanded to exclude "sinking ship" companies from the project.

Unidentified shooters execute a woman and her son in Basra