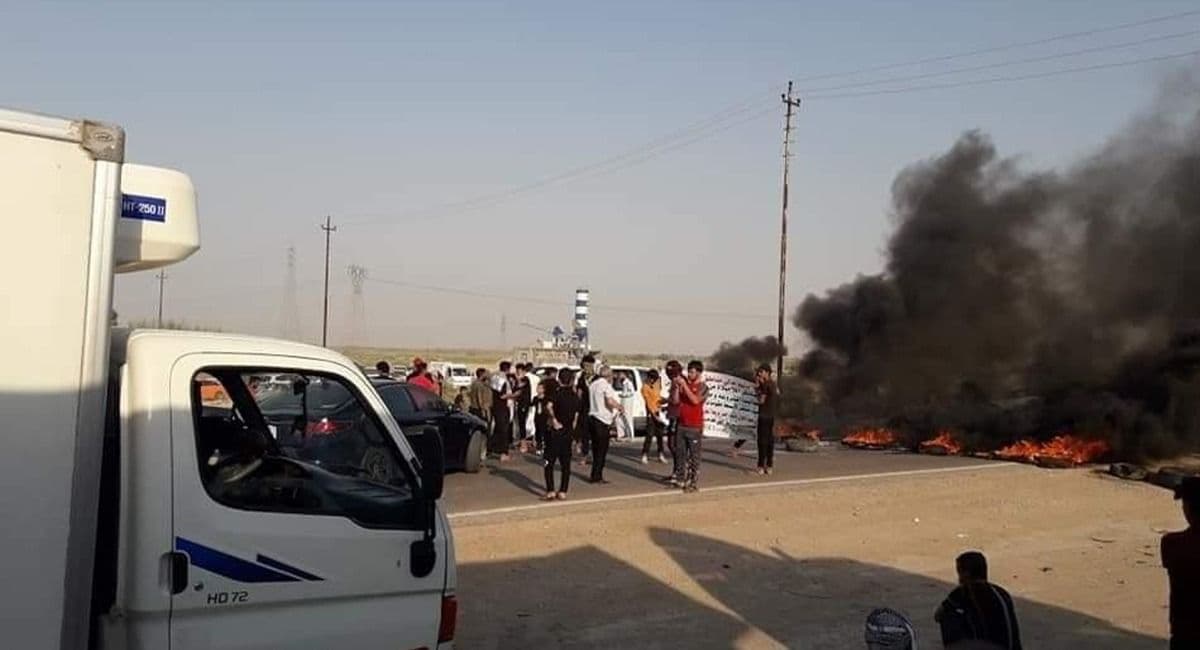 Shafaq News/ Dozens of residents of a village north of Dhi Qar blocked a vital road linking the governorate with the capital, Baghdad.

He reported that the protestors are demanding an improvement in the service reality and their inclusion in services and projects.

Dhi Qar and the rest of the central and southern governorates have suffered from the lack of services in various sectors over the past years.