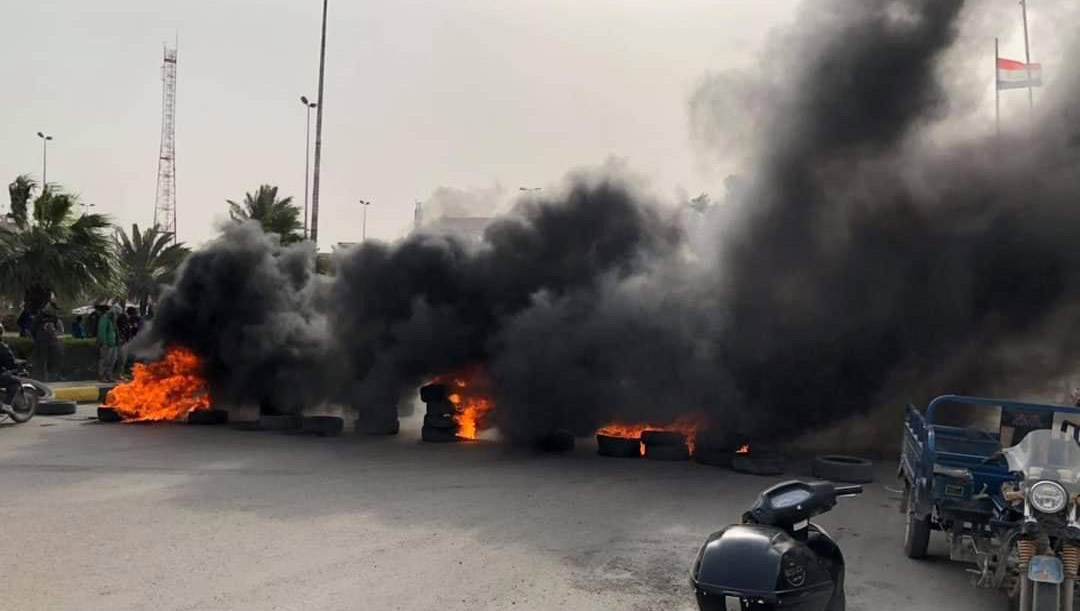 Shafaq News/ protesters stormed the streets in Wasit reacting to the arrest warrants against two civil activists in the Governorate, a local source stated today Thursday.

The source told Shafaq News Agency, "The demonstrators blocked the streets of the city of Kut as a move to escalate the situation”

In October 2020, the independent rights organization Al-Amal says at least 44 kidnappings and 74 attempted killings of activists have taken place in Iraq, mostly in Baghdad and southern Iraq, in the last year.

It has documented at least 39 killings since October 2019, when thousands of Iraqis took to the streets in mass anti-government protests demanding jobs and the departure of the ruling elite which they said was corrupt.

The head of the National Security Service arrives in Wasit governorate

Zurbatiyah border crossing to be reopened in the next few days