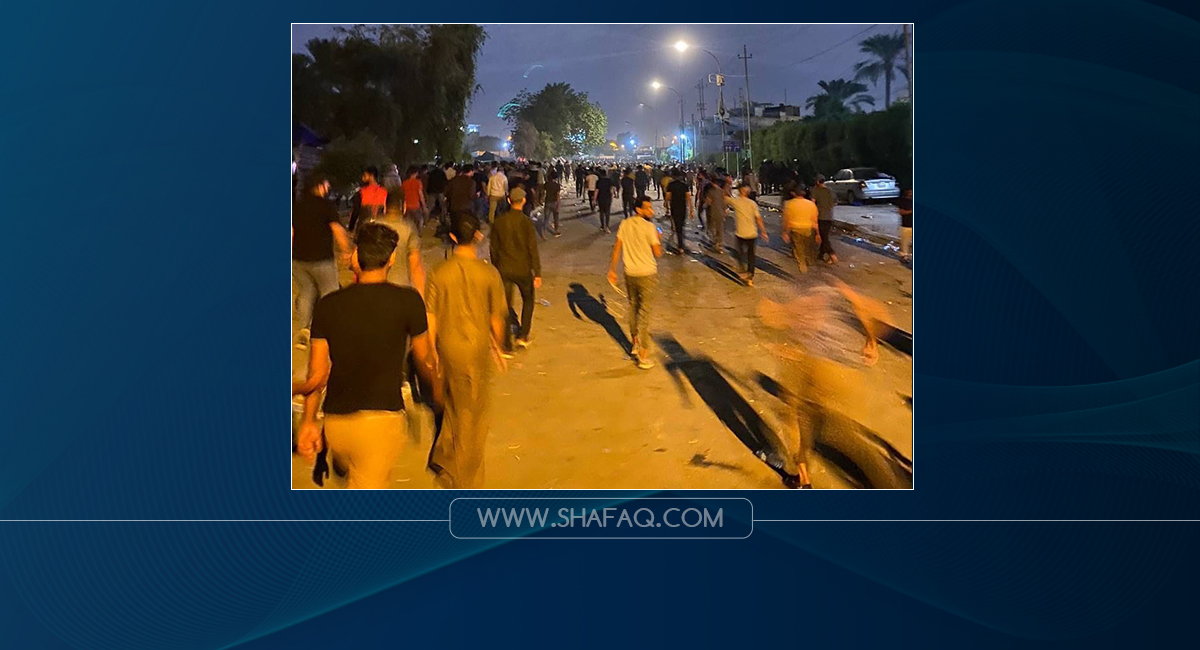 Shafaq News/ A security source reported that the people who demonstrated against the election results moved towards Baghdad's highly fortified Green Zone.

The source told Shafaq News Agency that the demonstrators had reached the first wall of the suspension bridge, one of the entrances to the Green Zone in central Baghdad, which includes the government's headquarters, parliament, and foreign missions.

On Tuesday, hundreds of supporters of Shiite political factions and forces have set up sit-in tents near the heavily fortified Green Zone, downtown the Iraqi capital, Baghdad.

Leading Shia parties in Iraq have announced their collective rejection of the October 10 parliamentary elections results after the initial evidence suggests a collapse in their vote share.

In particular, the Al-Fatah alliance, composed of supporters of the country's al-Hashd al-Shaabi (Popular Mobilization Forces-PMF), denounced the results as "fabricated." At the same time, a one-armed faction appeared to threaten violent action in response.

In a statement last week, Hadi al-Ameri, leader of al-Fatah, called for joint response against the election results from other Shia political factions.

Al-Fatah saw its share of the seats in parliament, where it had previously been the second-largest party, decline sharply from 48 to 14 seats.

Al-Fatah Alliance, led by paramilitary leader Hadi al-Ameri, is comprised of parties and affiliated with the Popular Mobilization Forces, an umbrella group of primarily pro-Iran Shiite factions. The alliance rose to prominence during the war against the Sunni extremist ISIS group. However, it includes some of the most hard-line Iran-backed factions, such as the Asaib Ahl al-Haq militia.

Separately, a spokesperson for Kataib Hezbollah, an armed Iran-backed group labeled a terrorist organization by the U.S., called for their supporters to oppose the results and warned they would "stand firm and insist on restoring things to their rightful place."