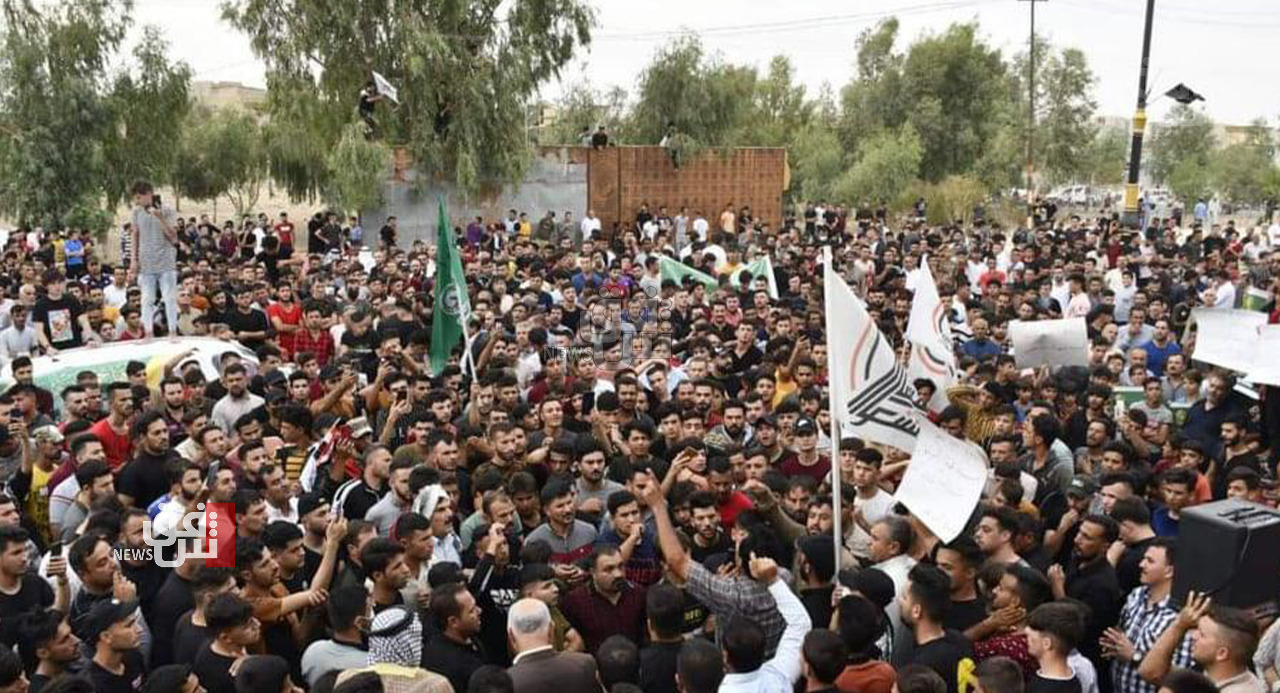 Shafaq News/ The proponents of Mokhtar al-Mousawi, a candidate of Al-Fatah alliance in Nineveh, on Thursday organized a demonstration to protest his defeat in the parliamentary election polls.

A source told Shafaq News Agency that the demonstrators who gathered in Tal Afar demanded recounting the ballots in the constituent that al-Mousawi ran in.

Leading Shiite parties in Iraq have announced their collective rejection of the results in Sunday's parliamentary elections, after the initial evidence appeared to suggest a collapse in their vote share.

Al-Fatah alliance, which is composed of supporters of the country's al-Hashd al-Shaabi (Popular Mobilization Forces-PMF), in particular, denounced the results as "fabricated" while one armed faction appeared to threaten violent action in response.

Al-Fatah Alliance, led by paramilitary leader Hadi al-Ameri, is comprised of parties and affiliated with the Popular Mobilization Forces, an umbrella group of mostly pro-Iran Shiite militias. The alliance rose to prominence during the war against the Sunni extremist ISIS group. It includes some of the most hard-line Iran-backed factions, such as the Asaib Ahl al-Haq militia.

Late on Monday evening, a meeting was held at the home of former prime minister and leader of the State of Law bloc Nouri al-Maliki, which was attended by most of the leaders of the Shia political forces and the leaders of the Iran-backed armed factions, where they discussed how to respond to what they deemed a "coup" by al-Sadr, backed by a "British-American plot".

Posted online successively, the results of the early parliamentary election showed the Sadrist movement maintaining the most seats in parliament, leading in several of Iraq's 18 provinces, including the capital Baghdad. Al-Sadr, a controversial leader remembered for leading an insurgency against U.S. forces after the 2003 invasion, appeared to have increased his movement's seats in the 329-member parliament from 54 in 2018 to 73.