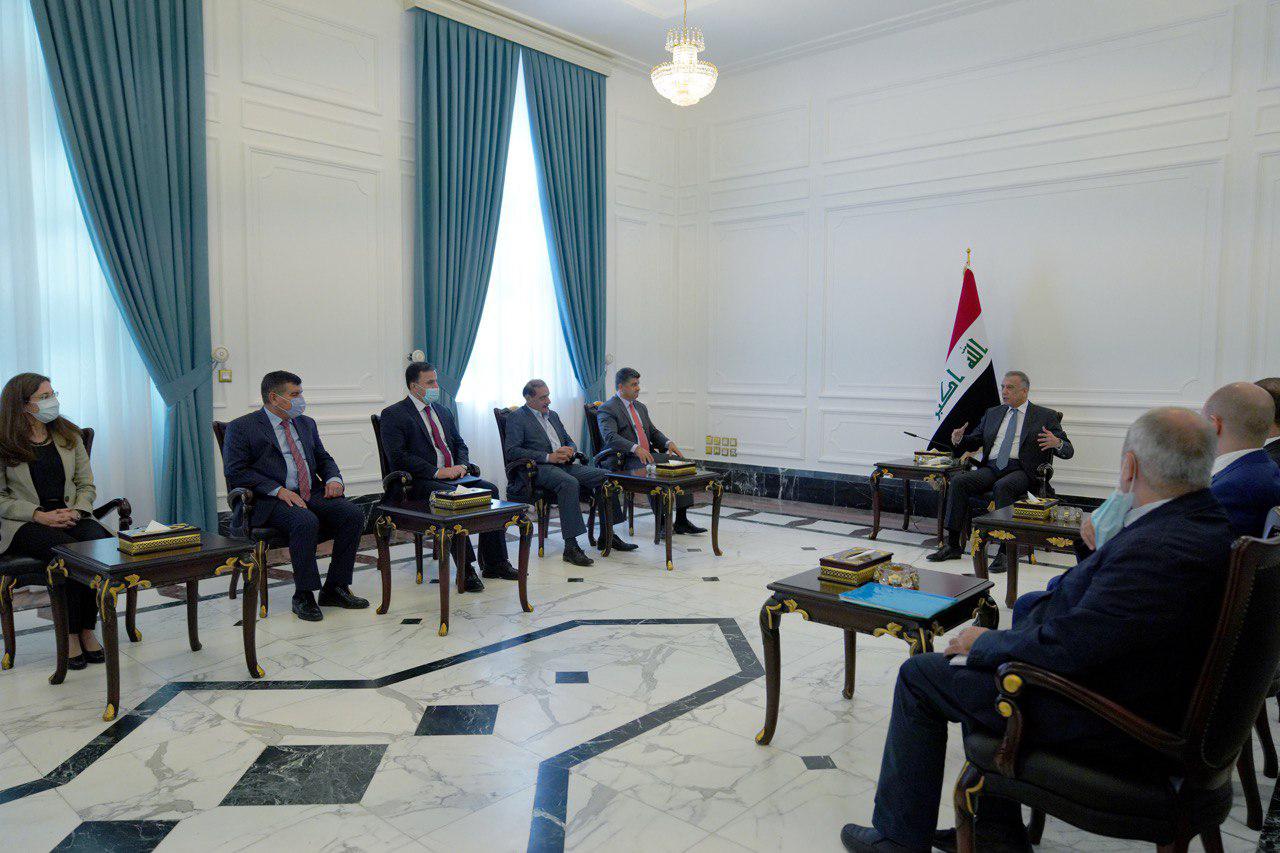 Shafaq News / The Prime Minister, Mustafa Al-Kadhimi, received a delegation from the Patriotic Union of Kurdistan, headed by Lahore Sheikh Genki, the co-chair of the union.

The meeting discussed a review of the most important security and service challenges facing government work, in addition to the political and economic files at the national level, and what would strengthen the of cooperation, integration in work and development between institutions in Erbil and Baghdad.

A statement by Al-Kadhimi's office stated that the latter stressed during the meeting the importance of joint work within the Iraqi security system, in order to secure the Iraq against ISIS, and what remains of remnants.