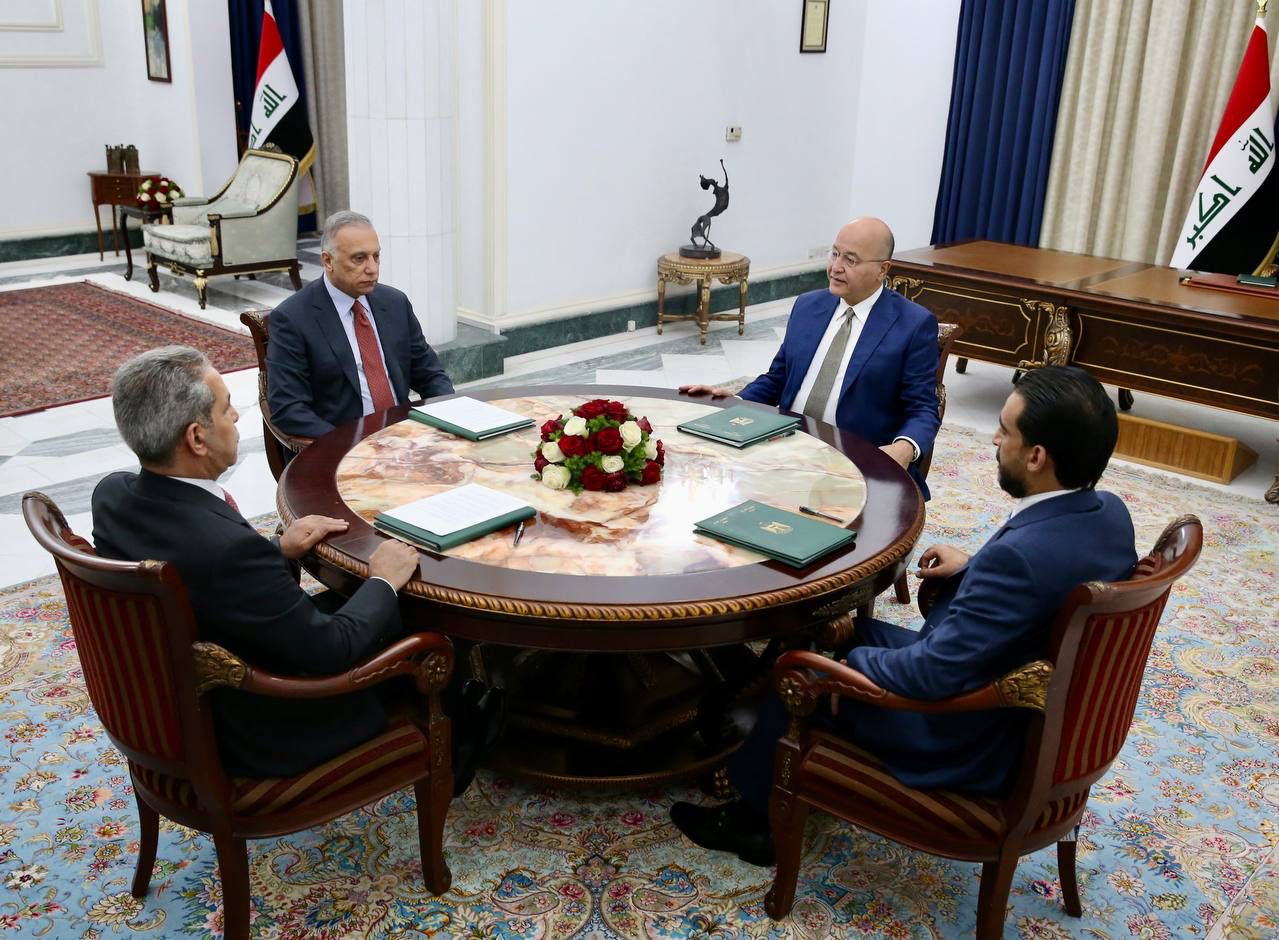 Shafaq News/ Iraq's outgoing President, Barham Salih on Monday hosted the heads of the executive, judicial, and legislative authorities in a key meeting in al-Salam palace to ponder solutions for the ongoing political crisis in the country.

"Maintaining the security, stability, and the democratic and constitutional pathways is a duty of all the Iraqis," the leaders asserted, "it is a duty of the state institutions and the national political forces. The constructive dialogue is the only way to end the ongoing disagreements."

The heads of the authorities reiterated their commitment to supporting the Prime Minister's call for holding a new round of talks, urging the Sadrist movement to join.

The meeting called for an immediate cease of "media escalation" that might negatively affect the interests of the country.