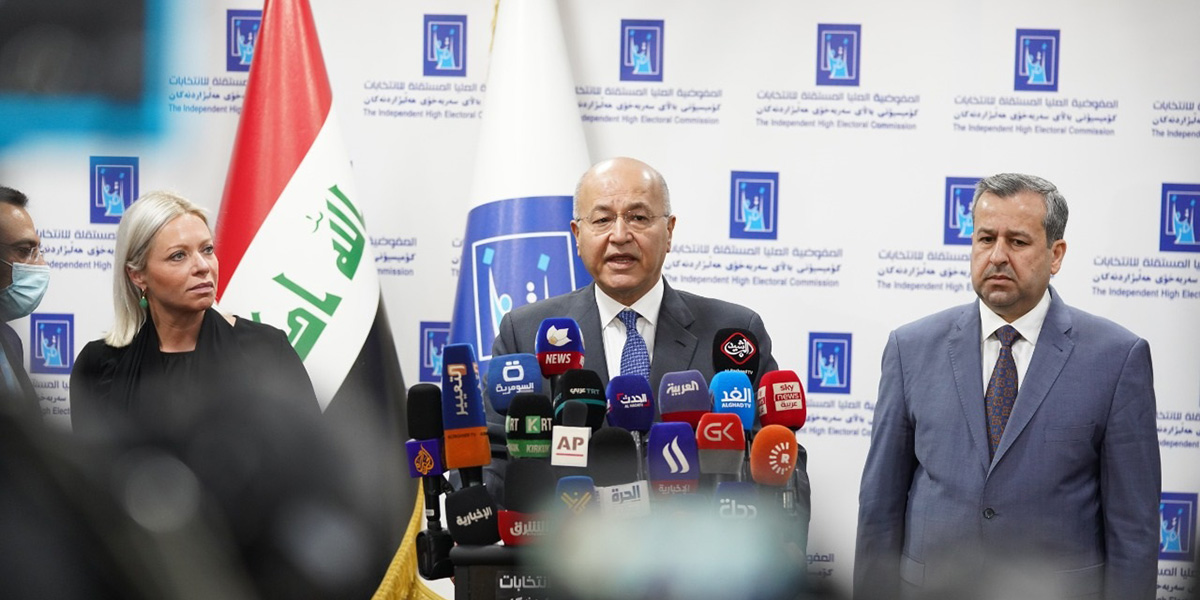 Shafaq News/ The Iraqi President, Barham Salih, said that the completion of the elections is "a starting point towards the reform that the people seek".

He added, "A huge task awaits us to form authorities that express its (the people) will and realize its aspirations for a better future."

Salih thanked the government, security services, IHEC, and international observers for preparing the requirements of this day.

For his part, the speaker of the dissolved parliament, Muhammad al-Halboosi, said in a statement, "Thank you to those who contributed to the success of the elections, including the voters, the commission and the observers, with the support of the Supreme Judiciary, the security forces, the Commander-in-Chief of the Armed Forces, and the positive role of the United Nations, the media and journalists."

President Salih: a president shall safeguard the Constitution