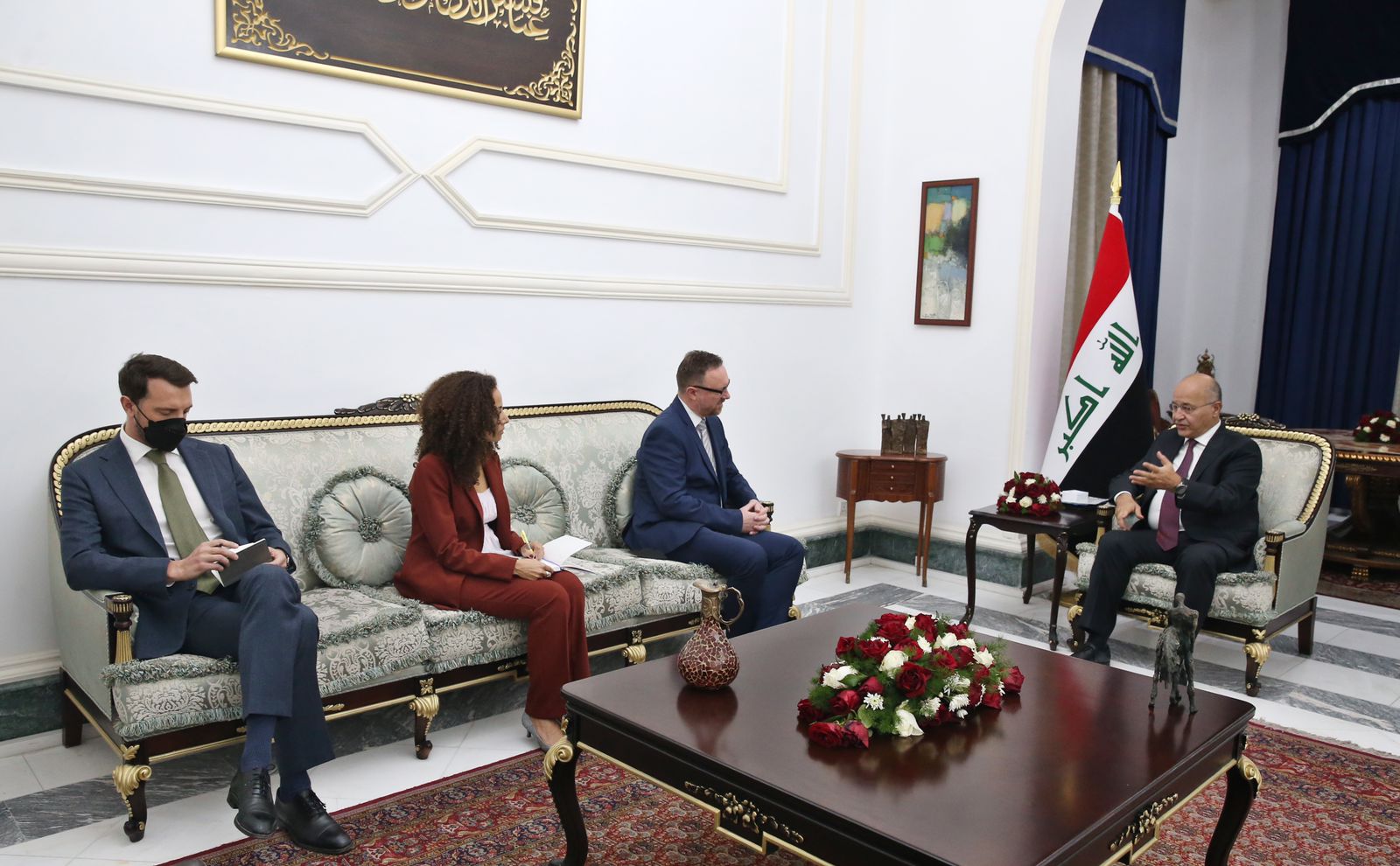 Shafaq News/ The President of the Republic of Iraq, Barham Salih, hosted the Head of the United Nations Investigative Team to promote accountability for crimes committed by Da’esh/ISIL (UNITAD), Christian Ritscher, at al-Salam Palace in the Iraqi capital, Baghdad.

According to a readout issued by the President's bureau, the meeting laid emphasis upon providing all the necessary to carry out the investigation into the crimes committed in Iraq by ISIS groups and discharge the International mission.

"Perpetrators who are involved in crimes committed by Da'esh groups must be prosecuted and held accountable. They shouldn't escape punishment," President Salih said, stressing that sources of terrorism should be dried up.

"Crimes committed against humanity by Da’esh / ISIL should be documented and evidence, namely those about the mass graves, should be collected," he added.

"We have to ensure that assailants involved in crimes must be brought to justice, and they shouldn't escape punishment to ensure justice for victims and to never allow such crimes to occur again."

President Salih congratulated Ritscher on assuming his new post as the Head of the UNITAD, wishing him every success in his duty, the statement concluded.