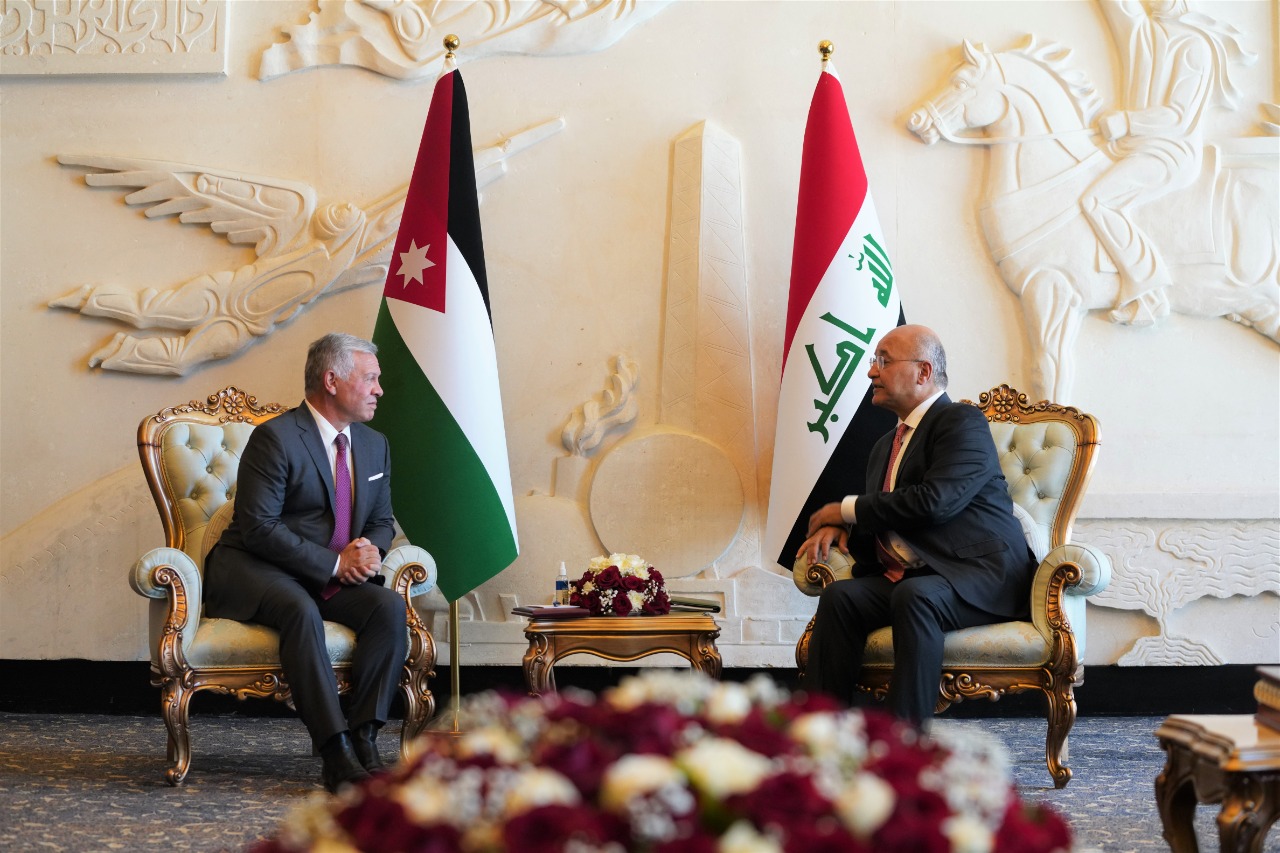 The Presidency of the Republic said in a statement that Salih received, today, King Abdullah II of Jordan at Baghdad Airport.

During their meeting, Salih commended the depth of the bilateral relations that bring together the two neighboring countries, stressing the need for joint work to develop these relations in various fields.

According to the statement, the meeting shed light on the trilateral summit between Iraq, Jordan, and Egypt, stressing the need for communication in order to achieve economic and commercial integration, by supporting investment, joint industrial cities, and cooperation in the field of energy, oil transportation, and infrastructure projects.

The meeting also dealt with the aspect of coordination to confront terrorism, COVID-19, and climate change.

President Barham Salih stressed that Iraq is looking forward to enhancing cooperation with Cairo and Amman.

For his part, the Jordanian King emphasized the importance of the summit to resolve crises and ease tensions in the region, especially in Syria, Yemen, and Libya.

King Abdullah reiterated his country's support for Iraq in maintaining its security and stability, emphasizing the importance of the agreements concluded between the two countries in the economic and trade fields.