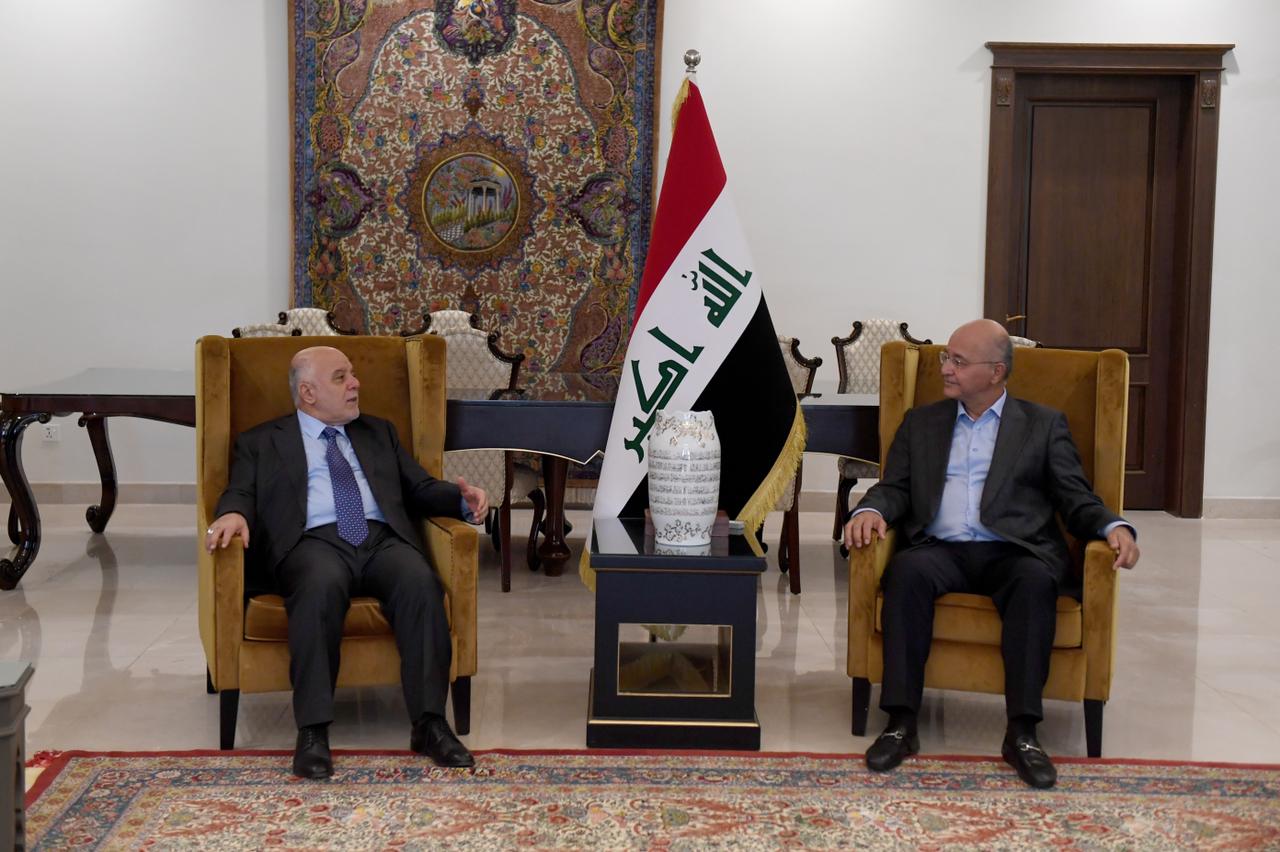 A statement by the Presidency of the Republic said, "The two parties discussed the latest developments in the political, security and service situation in the country, and the need to preserve the stability and safety, protect the citizens, and reject acts that undermine stability."

According to the statement, Salih and al-Abadi laid emphasis on the importance of continuing the security effort in combating terrorism and its remnants, and preventing sabotage acts targeting power transmission towers.

The meeting also shed light on the upcoming elections scheduled for October 2021 and their extreme importance for the country, stressing the need to spare no effort to guarantee their success following the highest standards of integrity and justice in its various stages.

The Victory responds to Al-Nujaifi's accusations to Al-Abadi