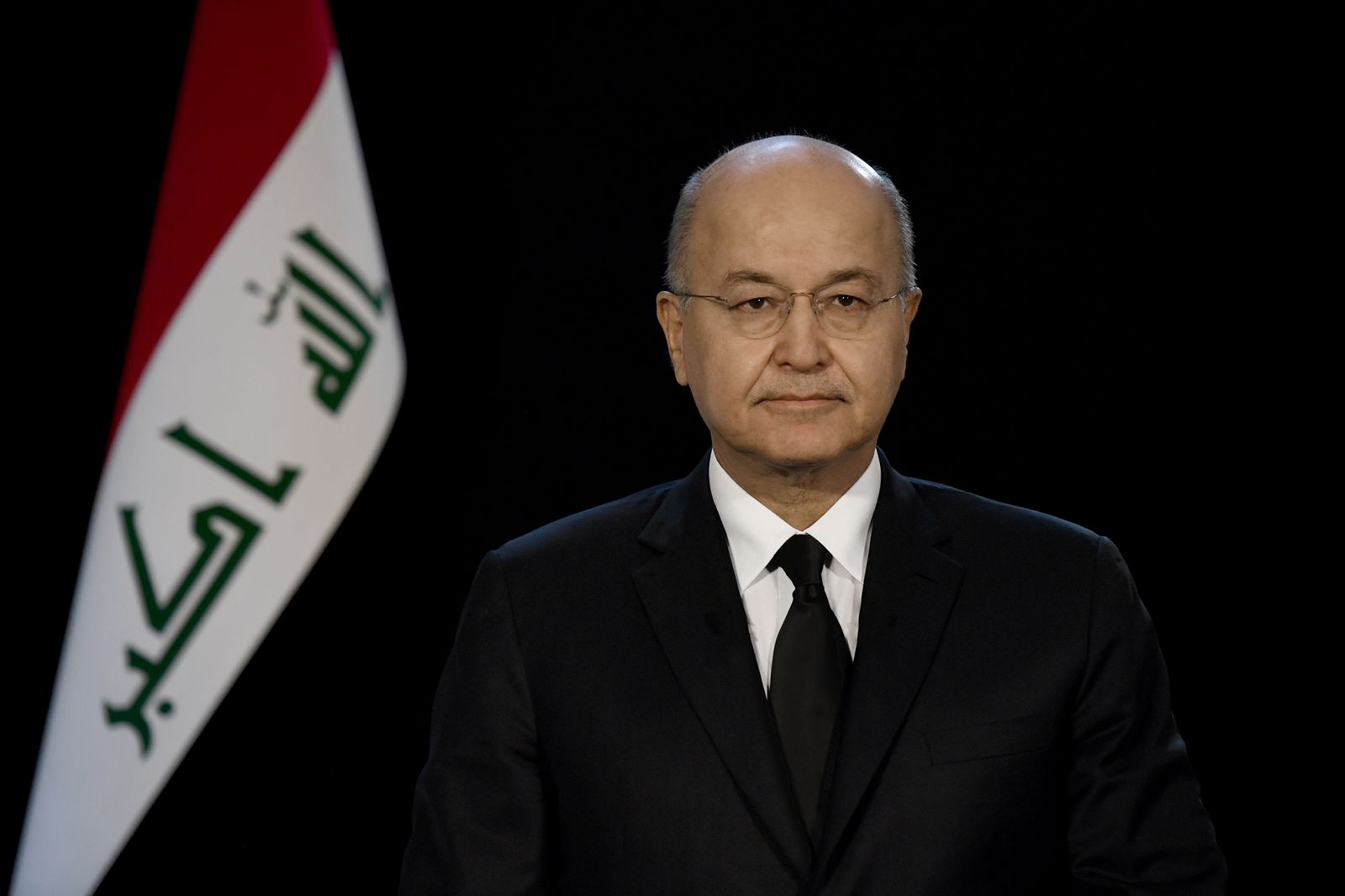 Shafaq News / The President of the Republic of Iraq, Barham Salih said that Iraq is going through a decisive phase, and is at the national and milestone moments.

However, there are urgent needs that are not without enormous challenges that need to be met. He noted that Iraq's current situation needs to be worked out according to the will of the Iraqi people by creating the right conditions for the country' next federal election that does not come without challenges and concerns. It is, therefore, points of flaws must be addressed, and in this way we will ensure that the ballots process and the entire election is the right and peaceful track for making the change, added the President.

while delivering speech at mourning ceremony of the commemoration of Ashura (the tenth day of the lunar month of Muharram) that marks the martyrdom anniversary of Imam Hussein (PBUH), President Salih said that the senses and the lessons learned from the bloody battle of Ashura are considered as fundamental values and principles through time and space. Inspiration and lessons should be taken from the Battle of Karbala to make the meaningful reform that aims to build a strong and capable state that can serve its citizens, he said, while noting that our country needs sweeping reforms.

Moreover, he underlined that Iraq is going through decisive phase, and is at the national and milestone moments, However, there are urgent needs that are not without enormous challenges which first and foremost among are the curb of corruption and establishing a strong, capable state that has full sovereignty with a view of being a factor of peace, stability and cooperation in the region and the world as well.

Furthermore, the President emphasized that the Iraqi people's rights to exercise their free will should be ensured in the country's next parliamentary elections. In time we know that the forthcoming election is not without challenges as we are aware of concerns that are around it, he added.

President Salih said that it is therefore, national and meaningful dialogue is needed so the Iraqi will ensure that everything is going well, and flaws in the ballot process should be addressed, and optimal conditions that restores voter confidence in local ballots for free and fair elections must be ensured. It is to be hoped that the election will be the right and peaceful way to hold the change, make the reforms, he underscored, while this included emerging the country from the recurring crises and working towards building good governance that safeguards the rights of the citizens, and meets their aspirations.