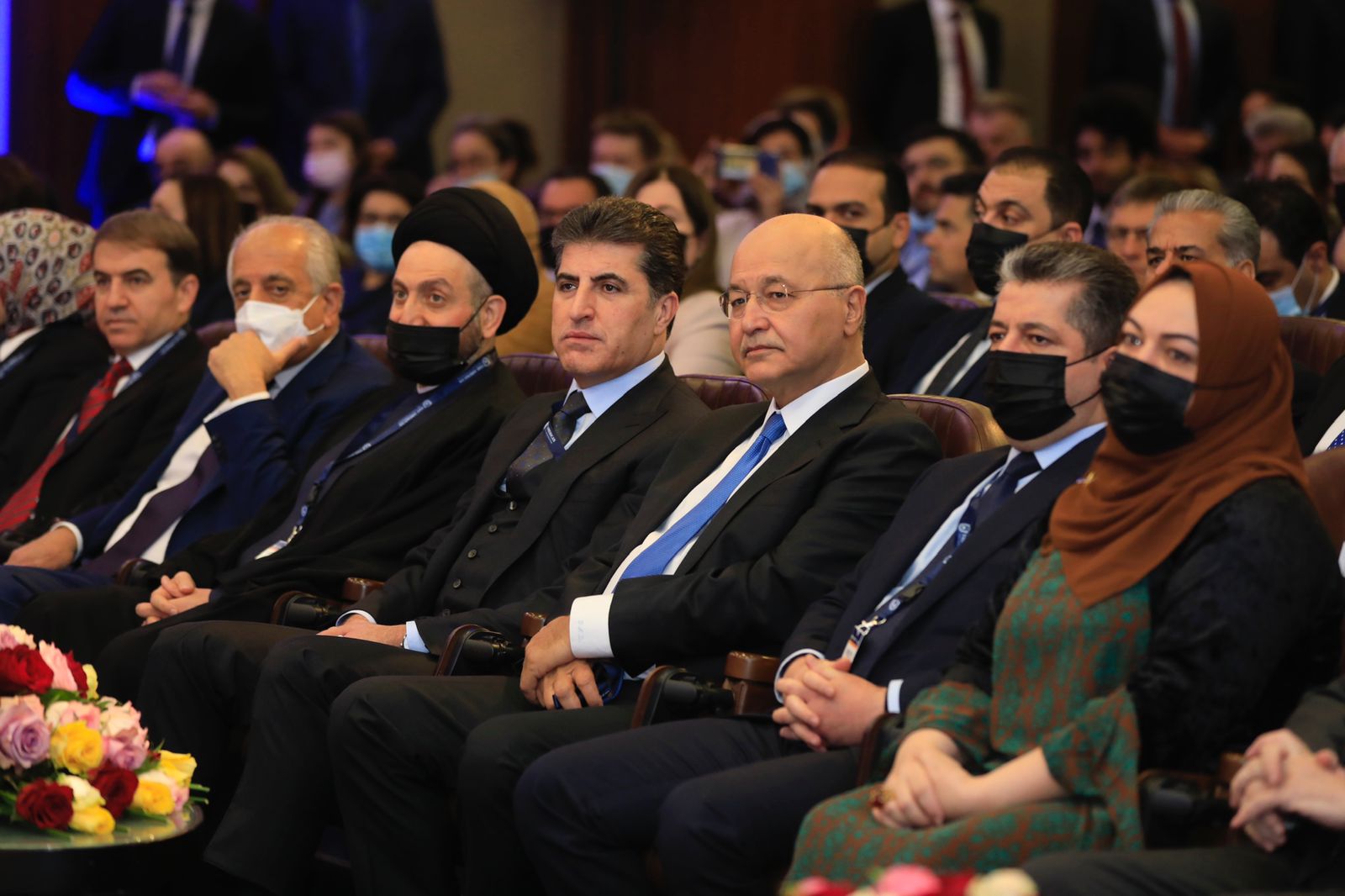 Shafaq News/ The Iraqi President, Barham Salih, confirmed today that the country is facing challenges after the dispute that "overshadowed the scene", following the legislative elections.

This came in his speech at the Peace and Security Forum in the Middle East, hosted by the American University of Kurdistan in Duhok.

Salih said, "The Middle East is in a transition phase for a permanent transformation. It represents a pivotal point in the region, and what happens in Iraq will have major repercussions in it."

"We hope that the elections will end with legal and constitutional results. There are major problems in Iraq that cannot be ignored. For nearly twenty years, five governments have rotated over Iraq, and no prime minister or republic has ended up imprisoned or dead."

In addition, the Iraqi President indicated that the country is facing a new major challenge,  "Will we be able to overcome it? The next stage is a stage of great national entitlements. We have problems that require our involvement and structural treatment, including the problems between the Federal Government and the Kurdistan Regional Government."

"We are facing security and extremism challenges, and these cannot be resolved only by local measures. They require -despite the deep differences- regional cooperation and communication."

In a phone call with the Palestinian President, Iraqi president reiterates Iraq's support for the Palestine Cause