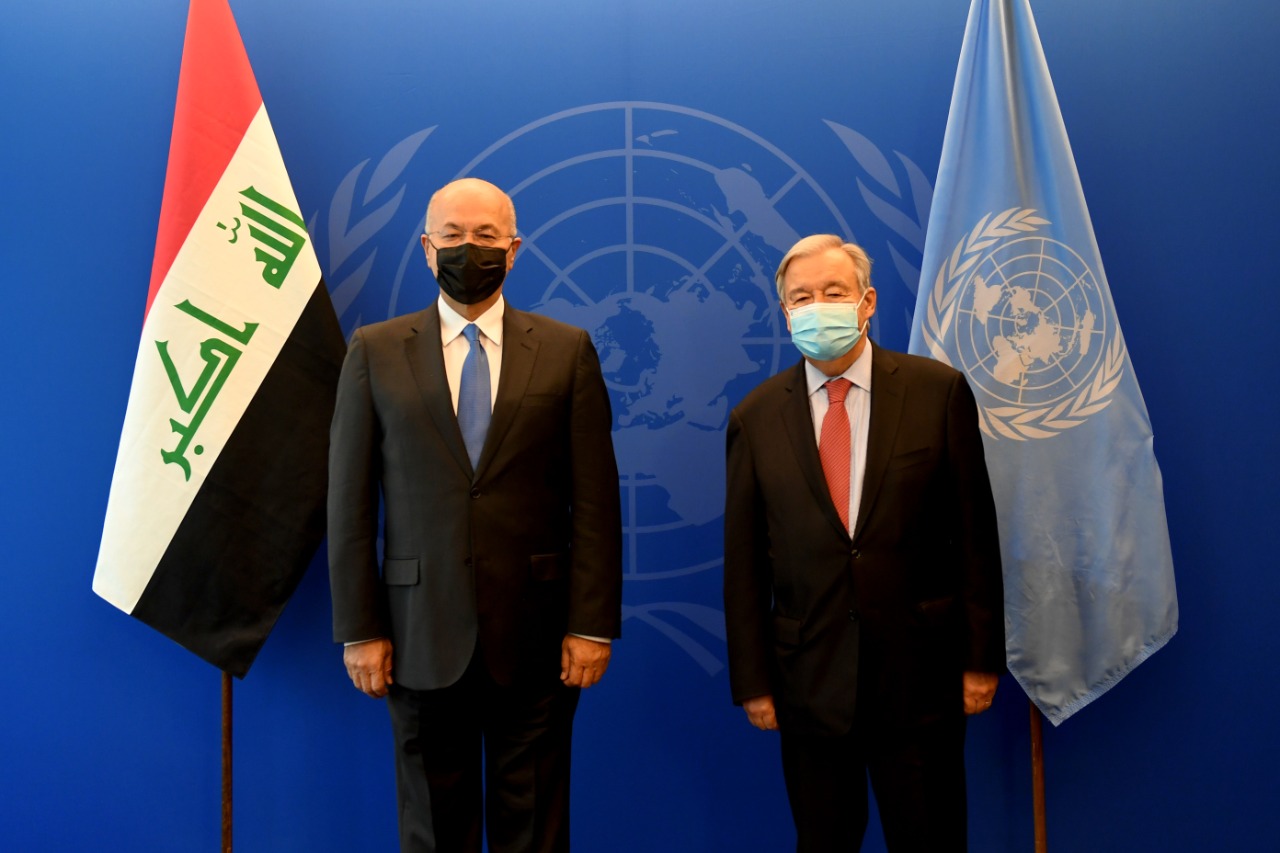 At the outset of the meeting, Iraqi President Barham Salih congratulated Mr. Antonio Guterres on being re-elected for a second term as the UN Secretary-General.

President Salih praised the great support provided by the UN for Iraq at every level, while hailing the UN's efforts in sending and facilitating the Electoral Observation Mission in order to ensure that the country's next federal elections scheduled to be held on 10th October was free and fair.

Furthermore, how important the country's upcoming elections would be for Iraq, he said, while he underscored that it was vital to create the right conditions for the October election, in order to ensure it was free and fair and that there was no fraud or manipulation.

Iraq's efforts aiming to build a secure stable Iraq and safe its propels are needed to be supported, President Salih said, and how important it was to work towards calming tensions in the region and to bring back the pivotal role of Iraq.

Moreover, international action needed to address today's challenges should be strengthened, he continues, these challenges included the fight against violence and terrorism and addressing the climate change and the environmental risk which is a grave and imminent threat to the life of human beings.

The President confirmed that Iraq looks forward to the international expertise and support in order to support its national plans to work toward the recovery for Mesopotamia in terms of environment and establish the concepts of Green Economy.

UN Secretary-General Antonio Guterres, in turn, hailed the progress made by Iraq and its tireless efforts to calm the regional situation. He emphasized that the UN is still committed to supporting Iraq through its mission that works in Iraq and through the UN as well in order to promote security, stability and prosperity in Iraq.

President Salih: we see the signs of an impending conflict