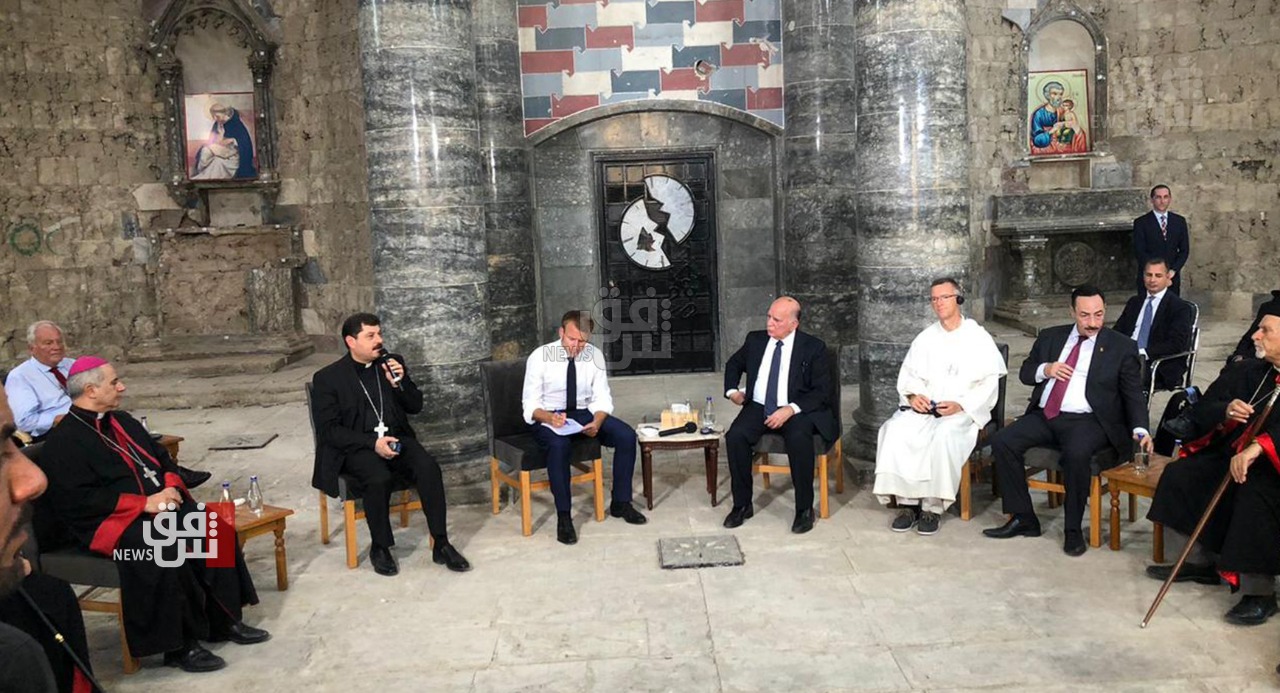 Shafaq News/ Raed Adel, head of the Syriac Catholic Churches in Mosul, described today the visit of French President Emanuel Macron to the city as an "important visit".

Adel told Shafaq News Agency, "They (Mosul residents) hope for the best from the visit of the French President to the city, and they are waiting for help from any country because Mosul is wounded and tired", noting that he opened up with the French President about the issue of the airport, and that the latter promised him good in this file.

He pointed out that France appears to be more serious than before in helping Mosul, as Macron responded to the request to open the consulate.

Adel pointed out that successive international visits are one of the Pope visit's fruits, as it conveyed a message to the world that this city is safe, free of terrorism, and its residents live in peace, and therefore ambassadors and officials of international missions began visiting it.

He added that there will be other visits by Arab and European high-level figures in the future, and this is evidence that Mosul is receiving international and Arab attention.

Adel concluded, "The Mosulis are waiting to see positive results on the ground, because Christians and Muslims in this city have suffered because of terrorism, but that time is over, and this city has entered a new era free of terrorism."