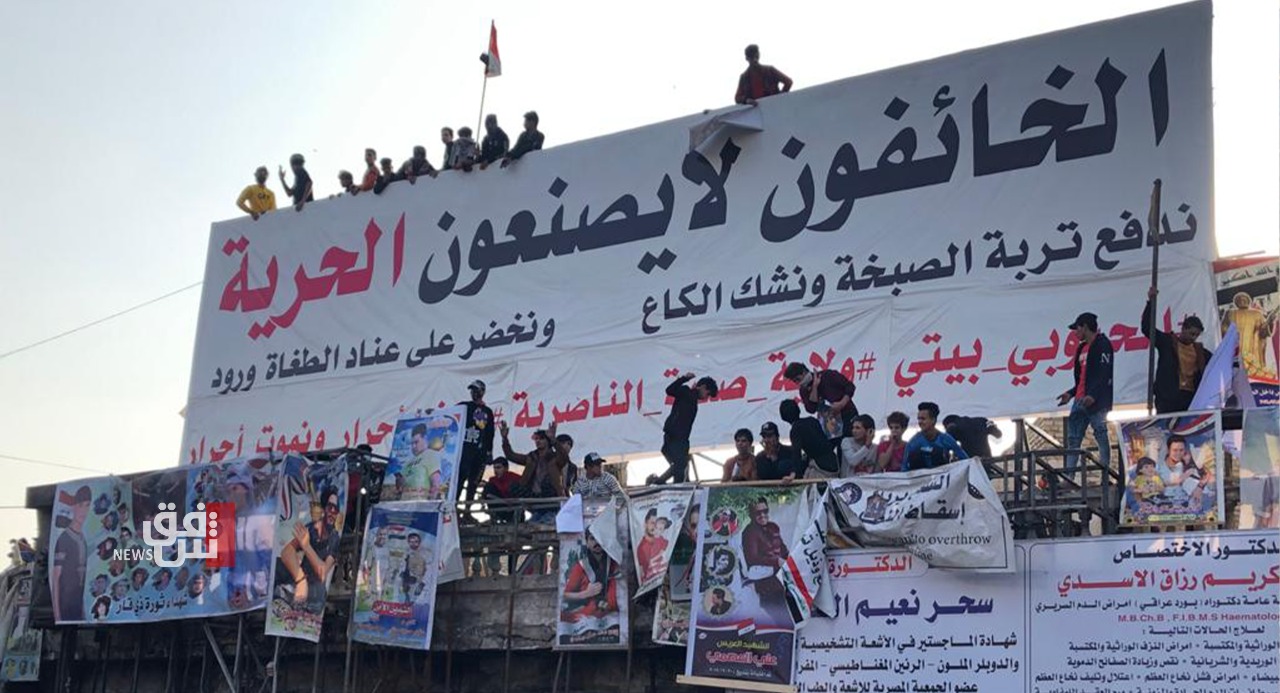 Shafaq News / Hundreds of demonstrators gathered in Al-Haboubi Square in Nasiriyah, the center of Dhi Qar Governorate, demanding the authorities to release all the detainees and reveal the fate of the activist Sajjad Al-Iraqi.

Shafaq News Agency correspondent reported that the protestors also demanded the authorities to approve the federal oil and gas law.