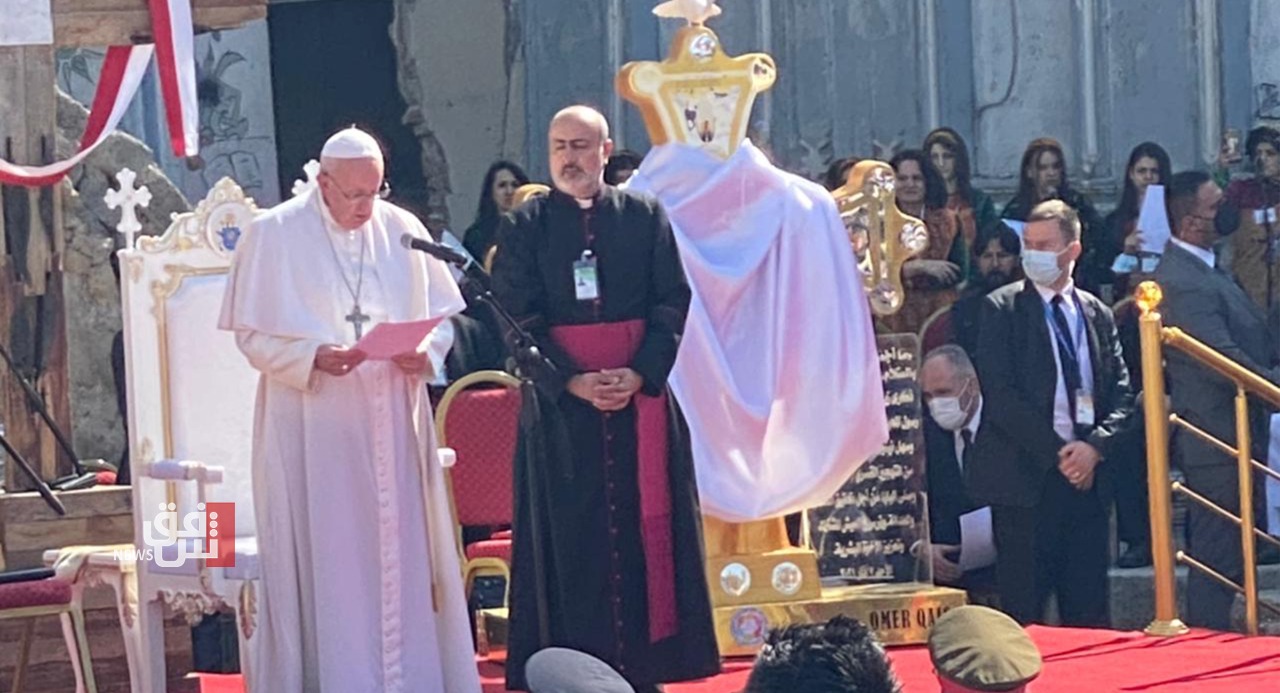 Shafaq News/ Pope Francis on Sunday prayed for 'victims of war' in Iraqi city of Mosul, a former stronghold of ISIS group that swept across Iraq.

Pope Francis said that the exodus of Christians from Iraq and West Asia "does incalculable harm not just to the individuals and communities concerned, but also to the society they leave behind."

The Pope added, "The city of Mosul has two symbols that make us close to God, Al-Nuri Mosque and the leaning Minaret."