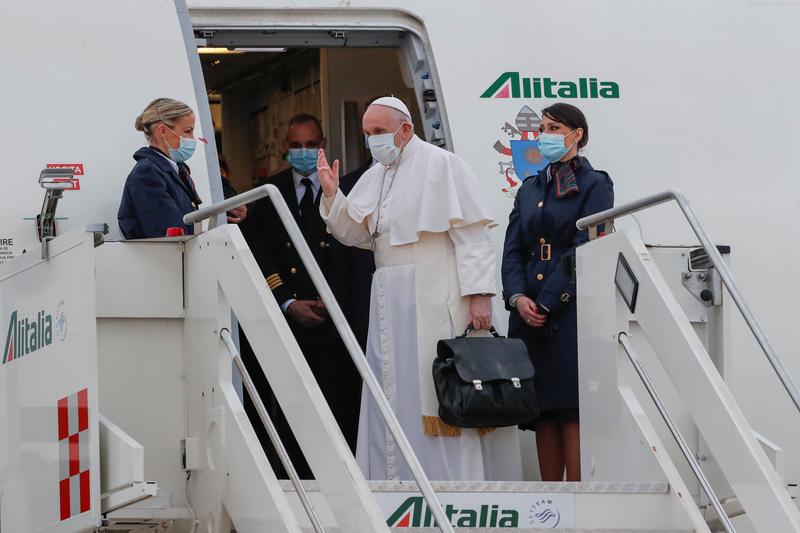 The Pope says the trip is an “act of love” for Iraq’s Christian population decimated by militant attacks and the ISIS takeover of much of the country.

Security is tight in Iraq; thousands of security forces are spread around the Country to protect him.

Pope Francis: Iraq will always remain with me in my heart

Pope Francis thanks Iraq for the visit: Iraq deserves peace