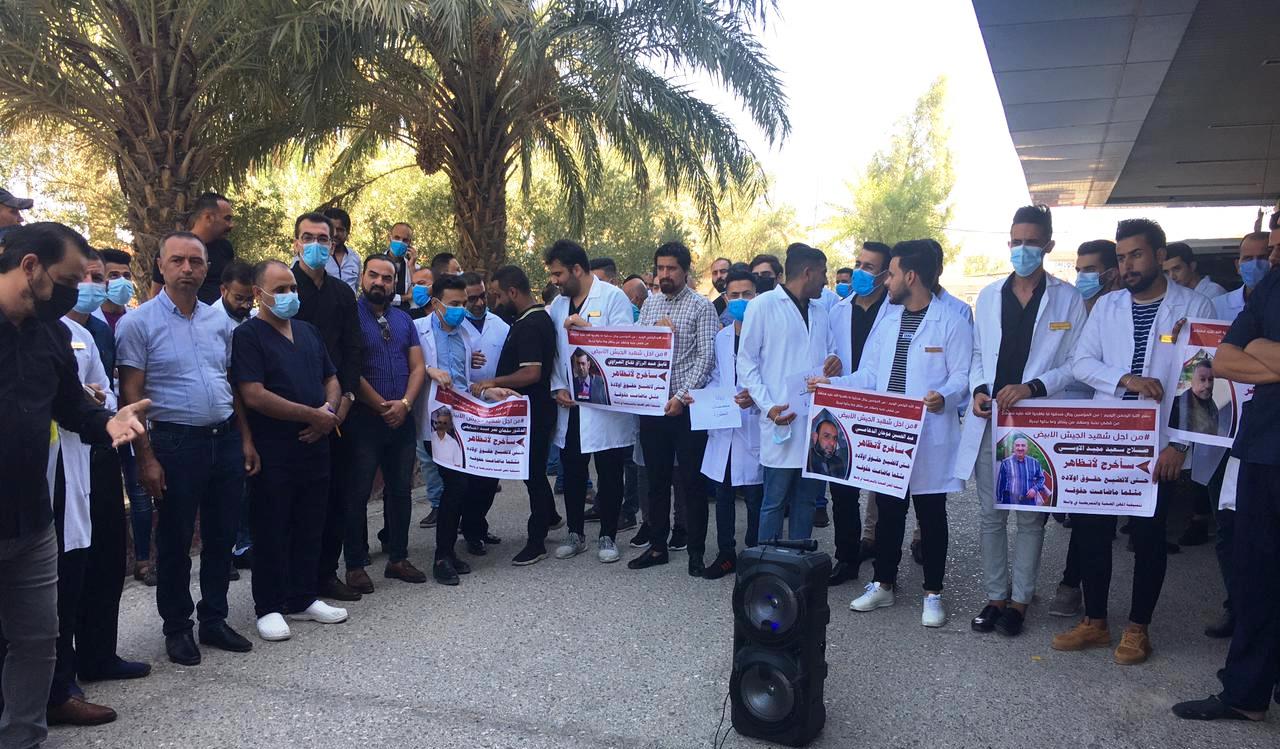 Municipality workers in the Umm Qasr sub-district, south of Basra, organized a demonstration on Sunday morning to protest the delay in disbursing their salaries.

In Karbala, unpaid lecturers staged a demonstration to demand enrolling them to the state payroll as contractors.

In Kirkuk, a demonstration for unemployed graduates called for amending Article 5 of the 130th cabinet decree and introducing 5000 job grades to accommodate the graduates from all specialties.