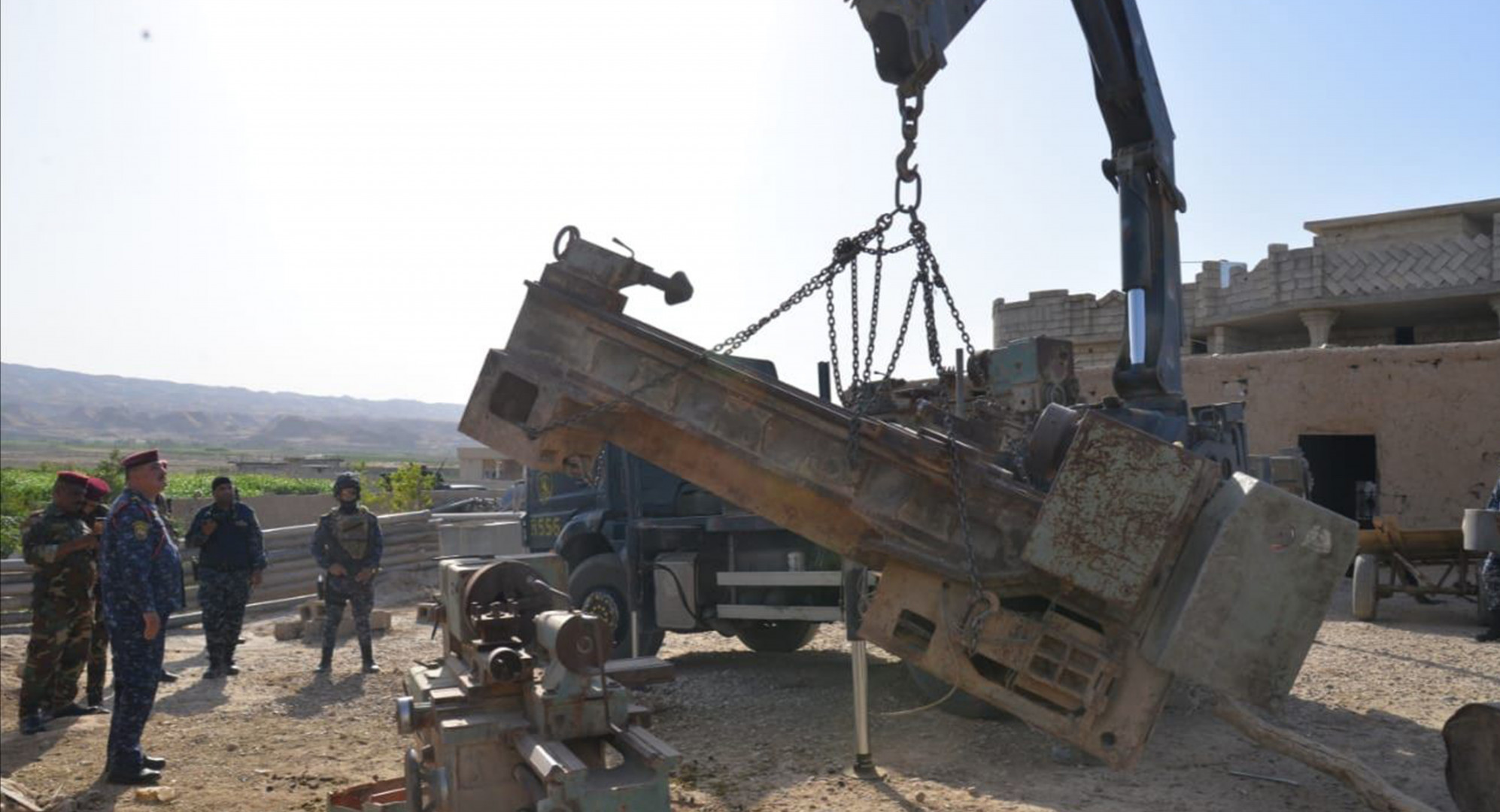 The Federal Police said in a statement that it carried out a Search campaign in Hawija district, based on intelligence information, during which it discovered a factory that manufactures explosive devices, silencers, and rockets, according to the statement.