Plasschaert says her meeting with al-Sadr was fruitful 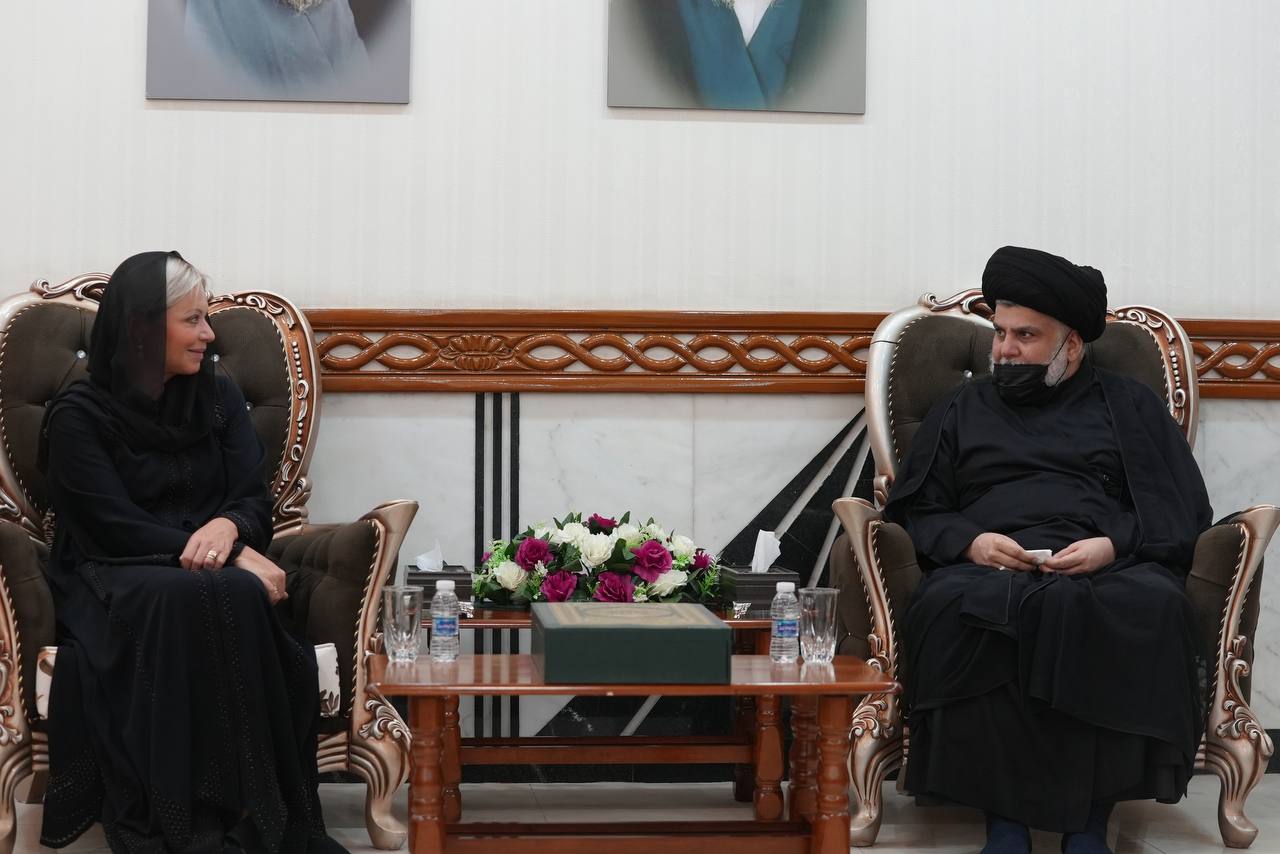 Shafaq News / The Special Representative of the Secretary-General for the United Nations Assistance Mission for Iraq, Jeanine Hennis-Plasschaert, said that her meeting with the popular Shiite cleric, Muqtada al-Sadr, was fruitful.

In a press conference, Plasschaert said that the meeting discussed reaching a solution to address the current political crisis in Iraq.

Earlier today, local sources revealed to Shafaq News agency that Plasschaert had arrived in Najaf to meet al-Sadr in al-Hannana.

Plasschaert's last visit to the governorate was in December 2021, amid growing tension that followed the election results announcement.

Al-Sadr is committed to the tripartite alliance, a source says