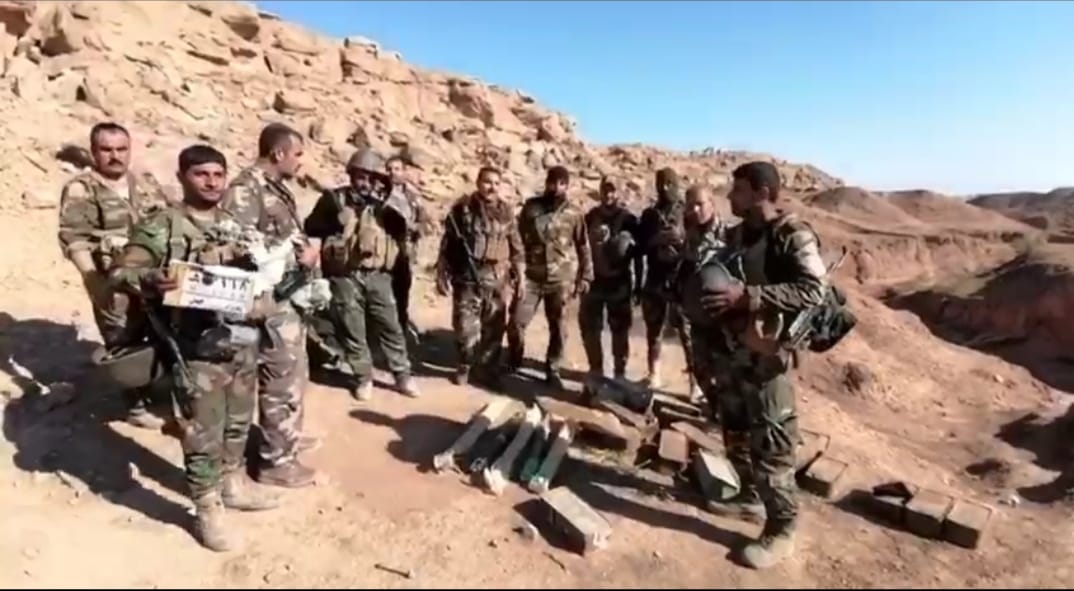 Shafaq News/ The Peshmarga forces announced cleared a booby-trapped in Qara Tappa at the vicinity of the Kurdistan Region, a statement of the Peshmerga Ministry said on Friday.

According to the statement, the 17th brigade of the Peshmerga forces, in cooperation with the military units operating in the second sector in Qara tappa, were able to seize an ISIS hideout and defuse a series of bombs and explosive devices planted along the road.

The Ministry said that the Peshmerga forces continue to chase the remnants of the terrorist organization after the recent successful security operation.

Iraqi forces and Peshmerga protect the borders with full coordination