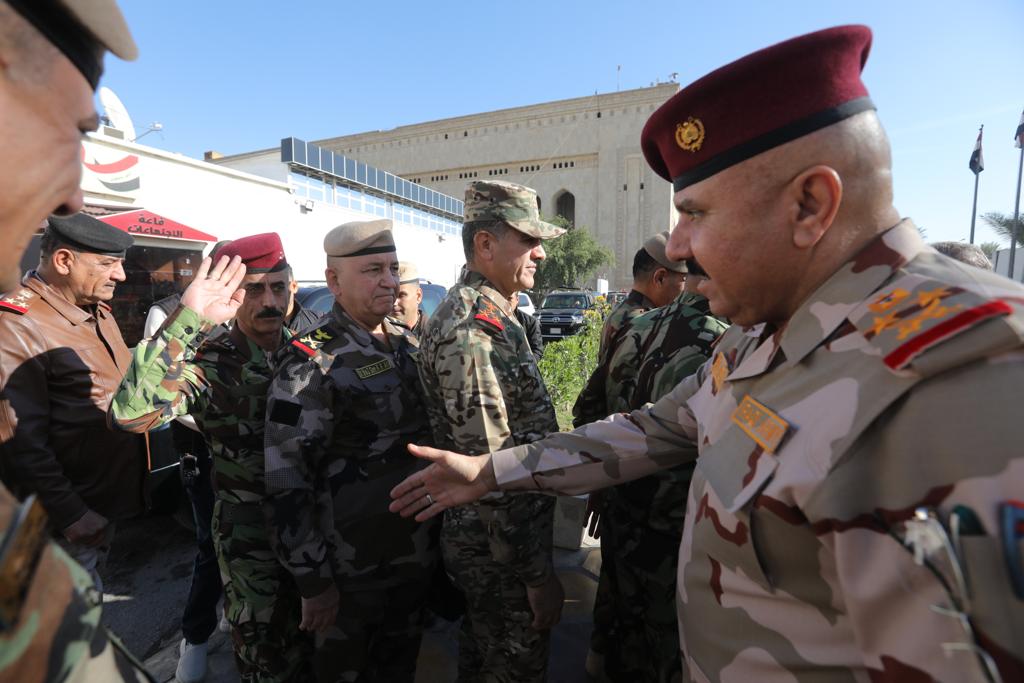 Shafaq News/ The Representative of the Kurdistan Regional Government in the Iraqi Joint Coordination Operations, Maj. Gen. Abdul Khaliq Talaat revealed details about the meeting between the Joint Operations and the Peshmerga.

“The delegation of the Ministry of Peshmerga has reached an agreement with the joint operations raise the level of coordination in two axes to confront ISIS.” He said.

Maj. Gen. Talat told Shafaq News Agency that it was agreed on the need to expand coordination between the two parties in the axes of Diyala and Kirkuk, and they would discuss the work on other axes in upcoming meetings.

A statement by the Command said, "a delegation from the Peshmerga arrived at the headquarters of the Joint Operations Command in the capital, Baghdad, to discuss and coordinate security plans in areas of common interest and develop new plans to confront terrorist attacks."

On Friday, ISIS militants had attacked a village in northern Iraq killed three villagers and ten of Peshmerga forces.”