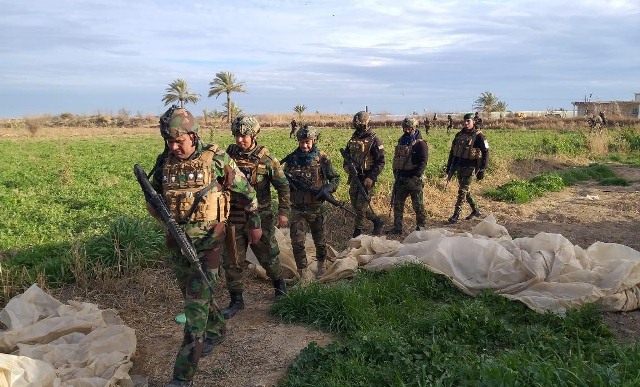 Shafaq News / The director of al-Sahel al-Aysar district of Al-Shirqat in Saladin, Gerges Hijab, confirmed today, Tuesday, the disappearance of 90% of "terrorist hotbeds" in the villages of the district after the stopping of funding sources and security blockade.

Hijab said to Shafaq News agency, "All the villages and cities of Aysar al-Shirqat (left side of al-Shirqat) are completely free from terrorist outposts due to the security cordon and the cultural war by the people against ISIS."

“Deployment of security forces and Al-Hashd Al-Shaabi contributed to the elimination of 90% of the terrorist spots, and only tens of them remain in the Mountains of Makhoul on borders with the Makhmur district of Erbil governorate.” He added.

Hijab declared that "the security situation in Al-Shirqat is excellent, controlled by security forces and continuous intelligence monitoring, along with air strikes that destroyed most of ISIS's dens in the northern borders of the district with Nineveh."

It is noteworthy that the Al-Shirqat district, including al-Sahel al-Aysar, fell under ISIS control from 2014 to 2017 before being liberated by the security forces and the PMF in late 2017.