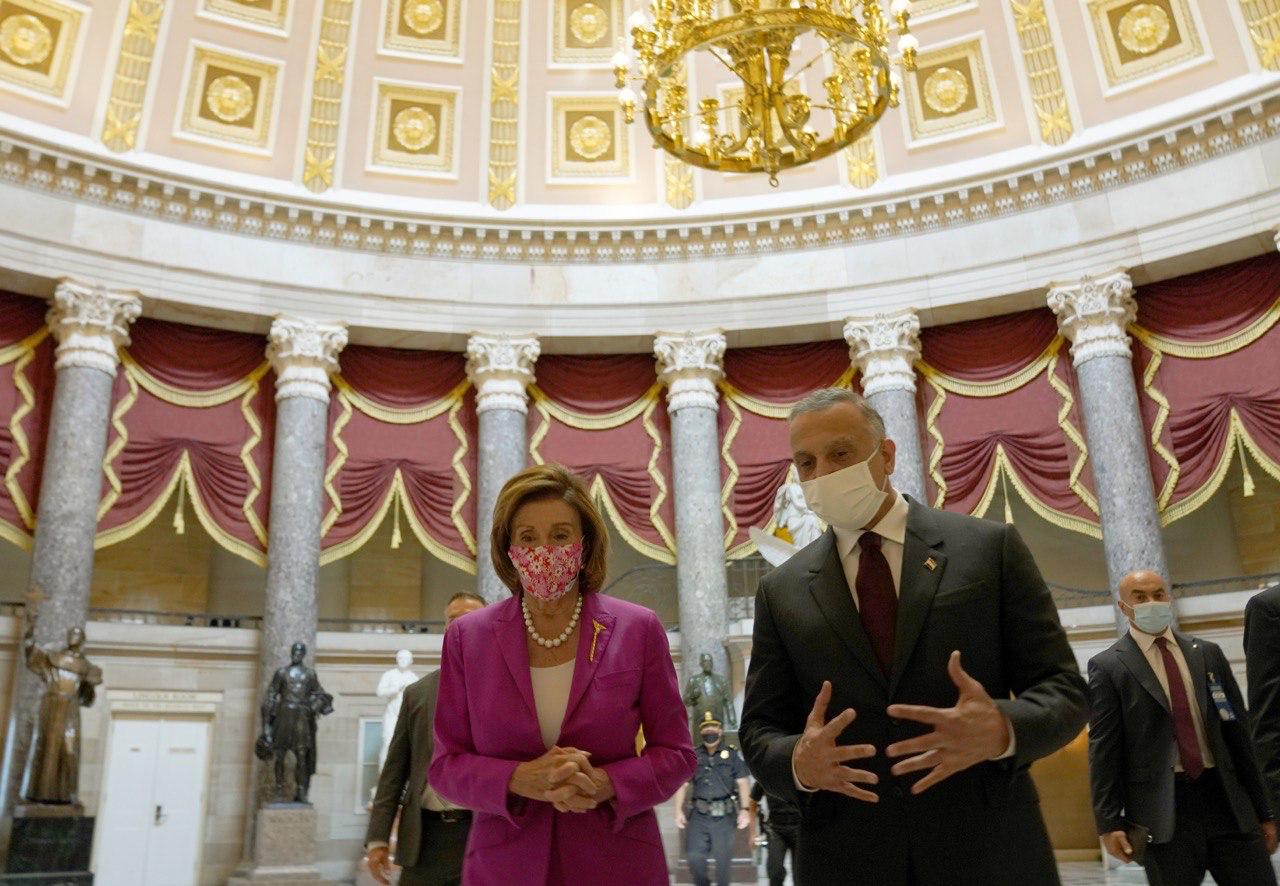 The meeting discussed ways to enhance cooperation between Iraq and the United States at various economic levels, and the horizon of political coordination, as well as cooperation in the fields of education, culture, and investment, according to a statement by Al-Kadhimi's office.

He added that Pelosi welcomed the Iraqi Prime Minister's visit to the United States and the U.S. Congress building, stressing the council members' support for the Iraqi government's steps, initiatives, and growing role in maintaining regional security and stability.

For his part, Al-Kadhimi stressed that Iraq is seeking to adopt everything that promotes peace, reforms, fighting corruption, maintaining security, and creating an appropriate environment that attracts investment to the region.

Pelosi confirmed the U.S. Congress's support for the Iraqi government's efforts to make the upcoming October elections a success, and laid emphasis on the importance of cooperation in combating COVID-19, as the United States will continue to support the Iraqi people by providing vaccines.