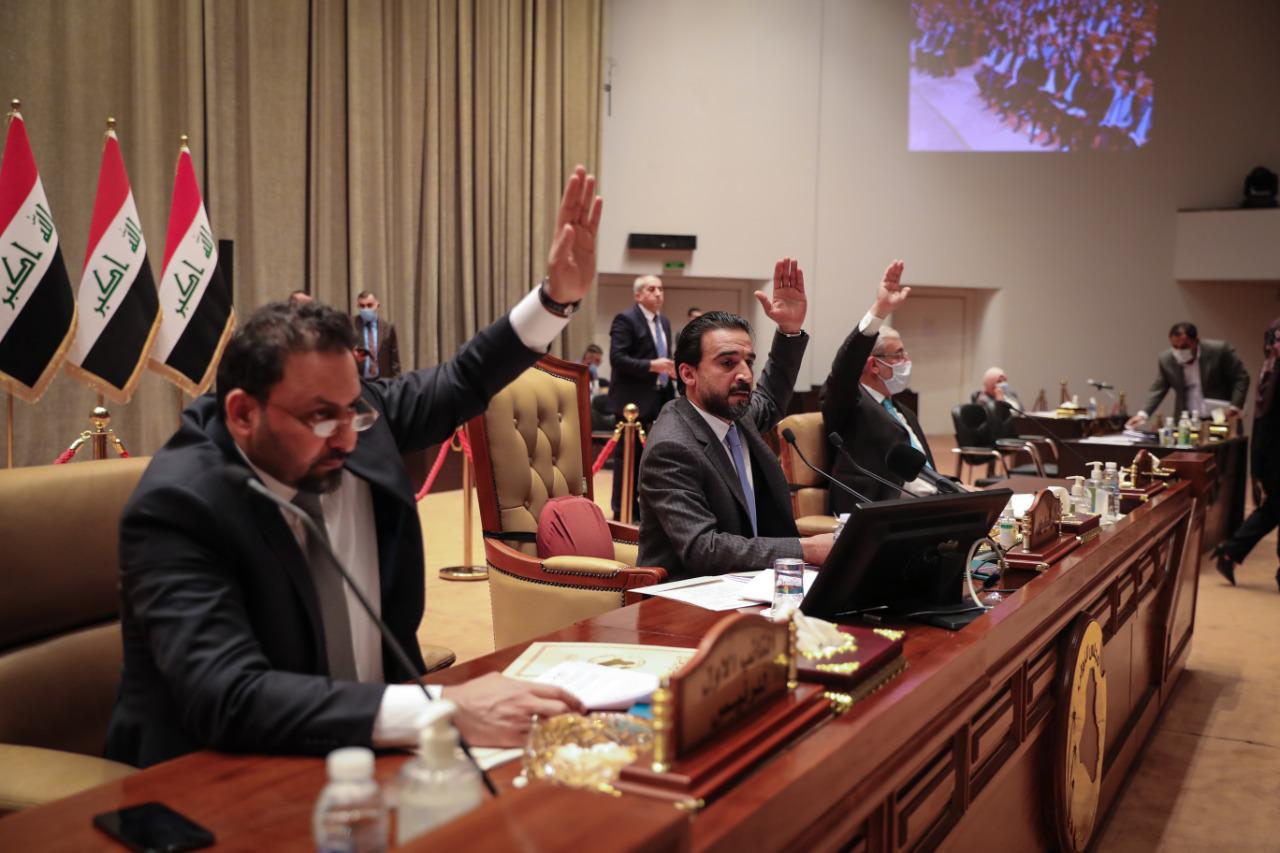 Shafaq News/ The Iraqi Parliament said that it will resume the voting on the pending provisions of the Federal Supreme Court bill in the upcoming session scheduled to Monday.

Over the past two sessions, the parliament approved 21 articles from the bill, with three remaining on the table.

The Media Department in the Iraqi Parliament said in a brief statement received by Shafaq News Agency, "the agenda of Monday's session includes resuming the vote upon the Federal Supreme Court bill."

The dispute that hampers the approval of the law revolves around the terms of reference granted to the Islamic Jurisprudence experts in the bill, in addition to components representation in the Council of the court.

Iraqi parliament defers the anti-normalization law to the Iraqi presidency

Parliament to eliminate the Major Obstacle ahead of the elections, MP says