Parliament to eliminate the Major Obstacle ahead of the elections, MP says 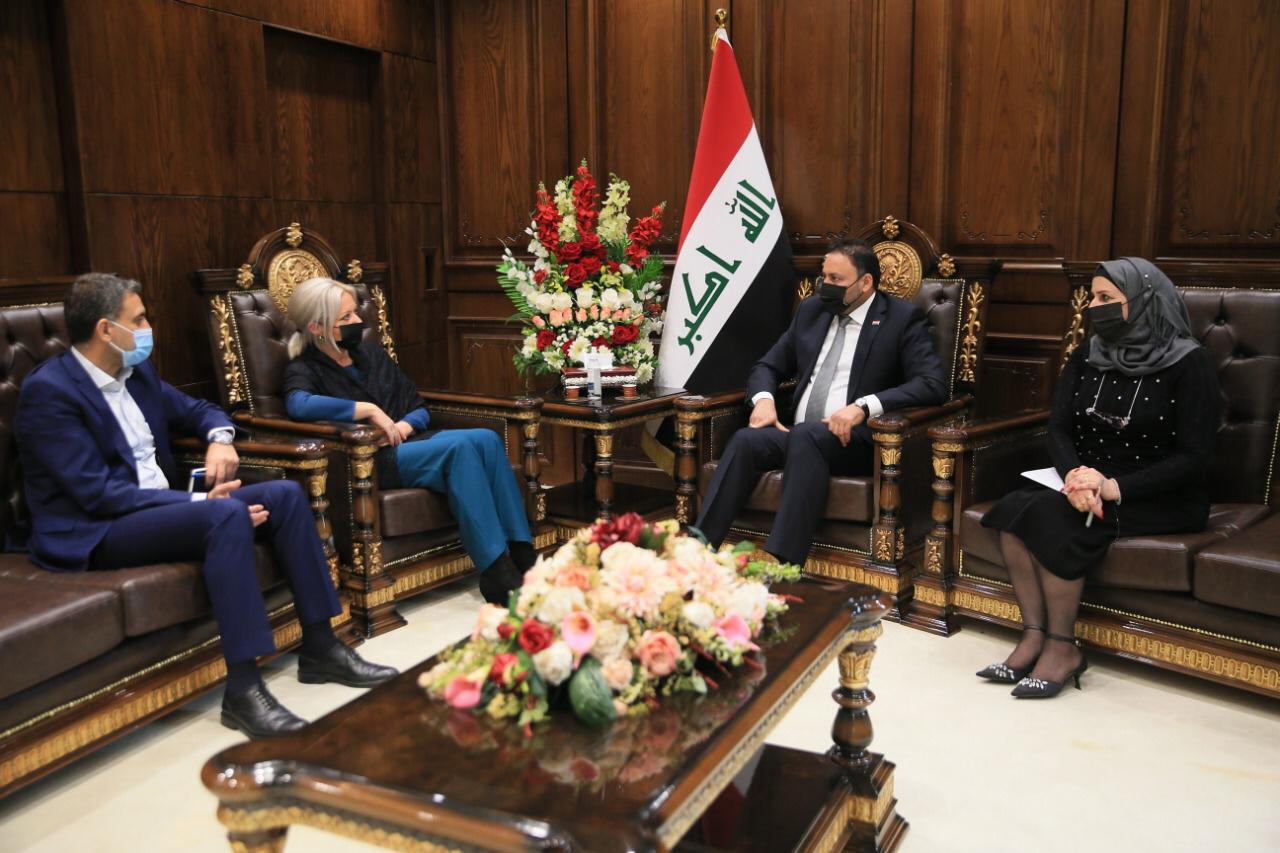 Shafaq News/ The First Deputy Speaker of the Iraqi Parliament, Hassan Karim Al-Kaabi, said that the Parliament has proceeded with the final steps to legislate the Federal Supreme Court law paving the way to the early elections.

Al-Kaabi’s office said in a statement received by Shafaq News Agency, "the latter received in his office the Special Representative of the Secretary-General of the United Nations in Iraq, Jeanine Hennis Plasschaert, in the presence of Representative Enas Al-Maksousi. In the meeting, they discussed the cooperation between Iraq, the United Nations, and the electoral team in the mission in the file of the parliamentary elections."

"Early elections must be held on the scheduled date, as it is a popular demand. The majority of the political blocs agreed to complete all preparations and requirements related to conducting them on the date set by the government on October 10 of this year."

The deputy speaker called on the UN mission and all political forces to "cooperate with the members of the commission (High Electoral Commission) and provide all possible facilities to it away from political conflicts."

For her part, Plasschaert expressed "the mission's readiness to fully coordinate with the legislative and executive authorities and the committees in charge of the election file, and harness all capabilities that would lead to the success of all stages of the electoral process.".

The Iraqi parliament has no right to manipulate the budget paragraphs, MP says