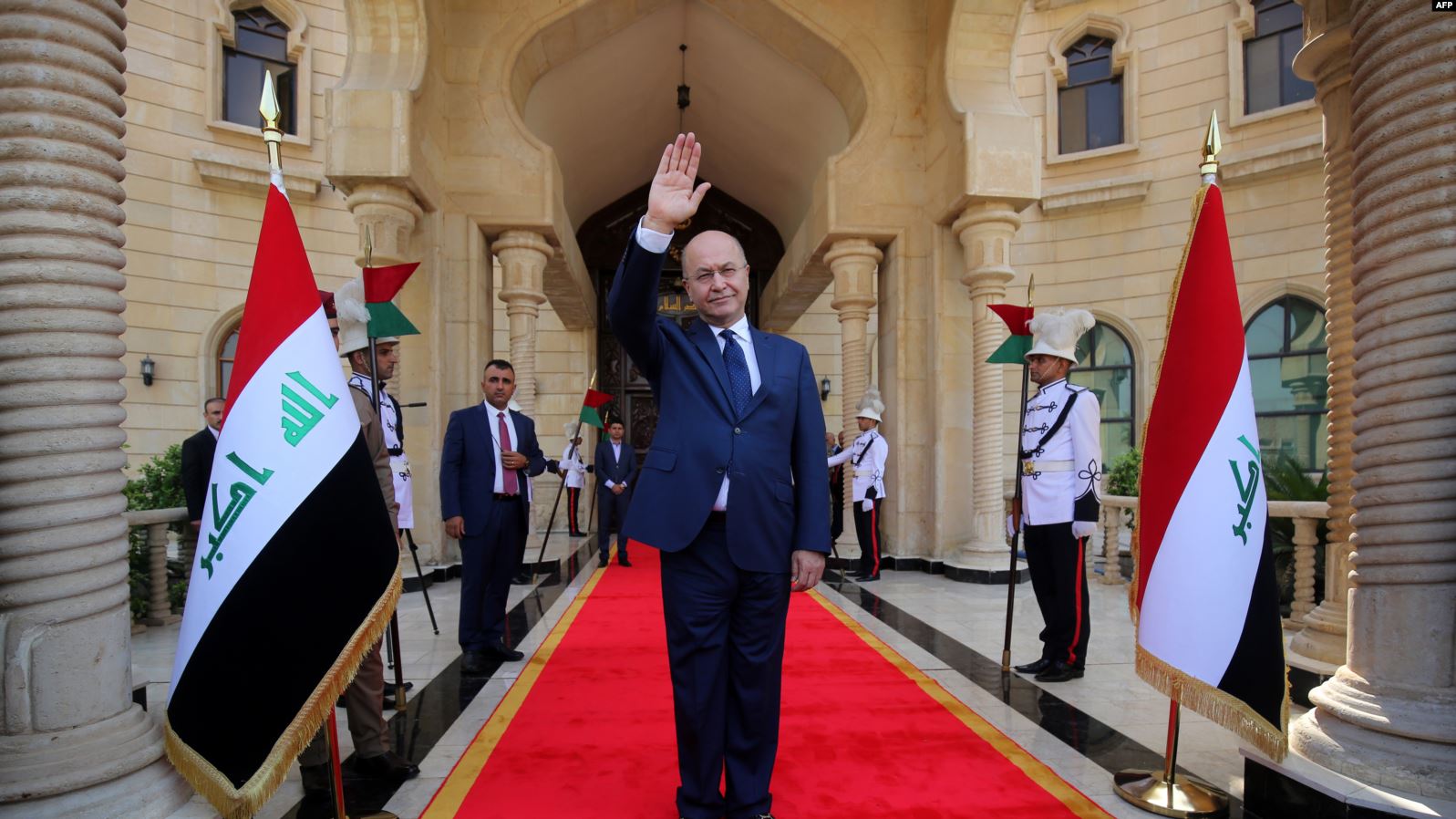 Shafaq News/ On Monday, the Patriotic Union of Kurdistan (PUK) decided to endorse Barham Salih for the Iraqi Presidency.

A source in the Party told Shafaq News Agency that Bafel Talabani headed the meeting of the PUK political Bureau in the absence of Mullah Bakhtiar and Imad Ahmed.

Earlier, in an exclusive statement to our Agency, The PUK deputy, Suzan Mansour, confirmed that Barham Salih is the Party's only presidential nominee noting that he will file his papers to run the post for a second term.

Earlier, Giyath Sawraji, a Leading figure in the Patriotic Union of Kurdistan, said that the PUK and the Kurdistan Democratic Party (KDP) already have an agreement on the Presidency of the Republic and the differences are on the candidate.

"However, the disagreement between the two leading Kurdish parties is over the nominee. PUK insists on Barham Salih. But the KDP have some reservations."

"The fifteen-day deadline to name a candidate for the position is sufficient to resolve the difference between both sides. We will choose a candidate that both parties approve and PUK might name two persons. However, it insists on Salih."

Barham A. Salih is a veteran Iraqi Kurdish politician. He served as Prime Minister of the Kurdistan Region from 2009-2012. He was elected to a leadership role at the first conference of the Political Union of Kurdistan (PUK) party. He was also chosen to head the PUK office in the United States.

Following the 1992 parliamentary elections, he became the newly formed Kurdistan Regional Government (KRG) representative to the US. During his time in the US.

On October 2, 2018, Dr. Salih was elected President of the Republic of Iraq.

For its part, the Kurdistan Democratic Party said that it had "waived" the presidency of Iraq for the Patriotic Union of Kurdistan.

According to political custom, Iraq's Presidency is part of the Patriotic Union of Kurdistan (PUK) share.

The results of the parliamentary elections showed that the Kurdistan Democratic Party (KDP) won 31 seats, while PUK took 17 seats.

Some KDP leaders said that the Party might have the right to take over the presidency of Iraq since it got more seats.

Fadel Mirani, KDP's Secretary of the Political Bureau, said, "Some parties (PUK) had to understand that when we chose to take the position of deputy speaker of parliament, then, we left over the presidency of the republic, but they (PUK) did not understand."

Barham Salih condemns the Sadr City attack..al-Kaabi warns of the timing and location

Salih reviewed the regional developments with his French counterpart