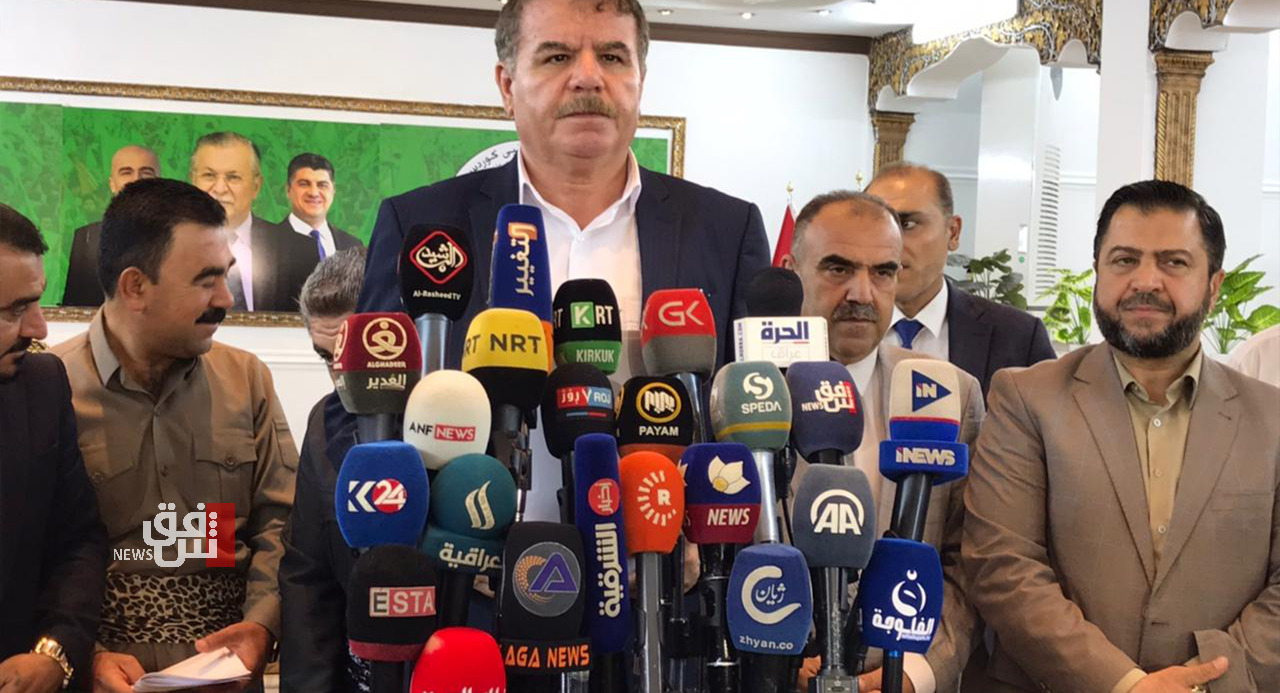 Shafaq News/ A leader of the Patriotic Union of Kurdistan (PUK) expressed discontent with the "Inequality" practiced against the Kurds in the government institutes in the disputed governorate of Kirkuk.

In a joint press conference with Parliament Member Dylan Ghafour, the official of Kirkuk's Organizations center of the PUK, Muhammad Othman, "we will not tolerate any equality exerted against the Kurds in the government and security Institutes in Kirkuk."

"We will discuss this issue with the Arab and Turkmen parties in Kirkuk," he added.

Ghafour pilloried the poor services in the governorate, "the Federal Government did not provide the governorate its basic rights," in reference to the garbage disposal issue and power supply fees.

In the same context, a source told Shafaq News Agency that seven Kurdish parties formed a delegation to visit Arab and Turkmen parties to discuss the rights of the Kurds and the services in Kirkuk.

The electoral districts distribution in Kirkuk is "fair", PUK says