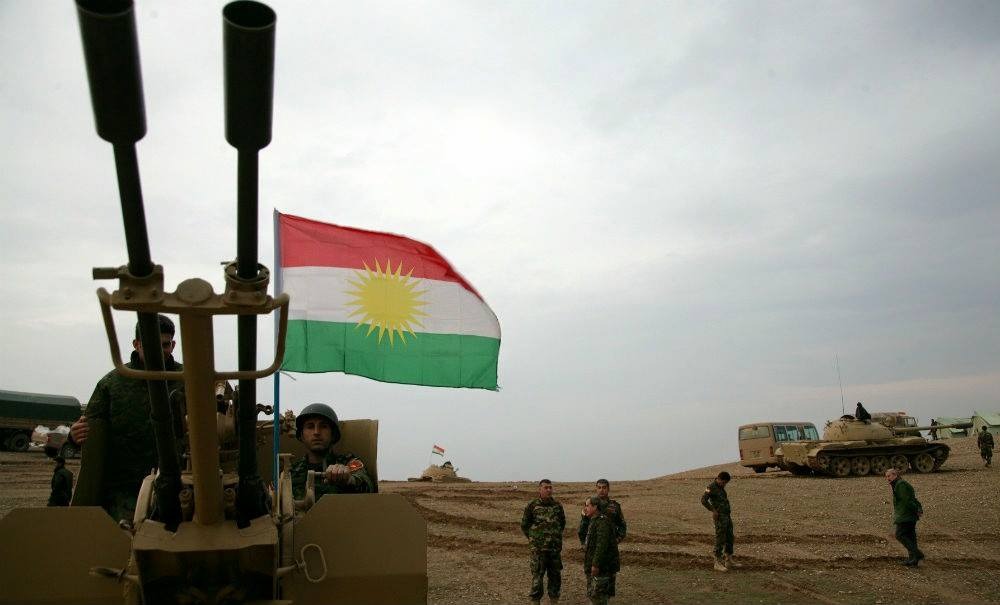 Shafaq News / The Patriotic Union of Kurdistan(PUK) demanded on Saturday the designation of a joint security coordination center between the Iraqi Army and the Peshmerga Forces in the governorate of Tuz Khurmatu, which would be independent from Kirkuk, considering that the outskirts of the governorate are the biggest and most dangerous strongholds of ISIS.

Hassan Mohammed Ahmad, a former representative of the PUK within the Saladin Council, told Shafaq News Agency, “We demand the designation of a joint coordination center in Tuz Khurmatu, similar to those in Kirkuk, Diyala, and Makhmur.” He insisted, “It must not be affiliated with the center in Kirkuk, and must gather a limited number of members and cells because of the dangerous areas which it would cover East of Saladin in Zarga and the outskirts of Tuz Khurmatu, which are considered the biggest and most dangerous strongholds of ISIS.”

Ahmad revealed the existence of headquarters, training camps and hiding locations of ISIS in seven villages East of Saladin, as ISIS took advantage of the security vacuum which started after the withdrawal of Peshmerga forces from disputed areas in 2017.

He added, “Saladin is an independent governorate and presently the most unstable in terms of security.”

He added, "The third item stipulates opening and setting up joint checkpoints between the two sides, while the fourth is to expand operations in the axes to comb out sections and chase ISIS outposts and dens, as well as an exchange of security and intelligence information to combat terrorism."

ISIS killed an Official in Khanaqin