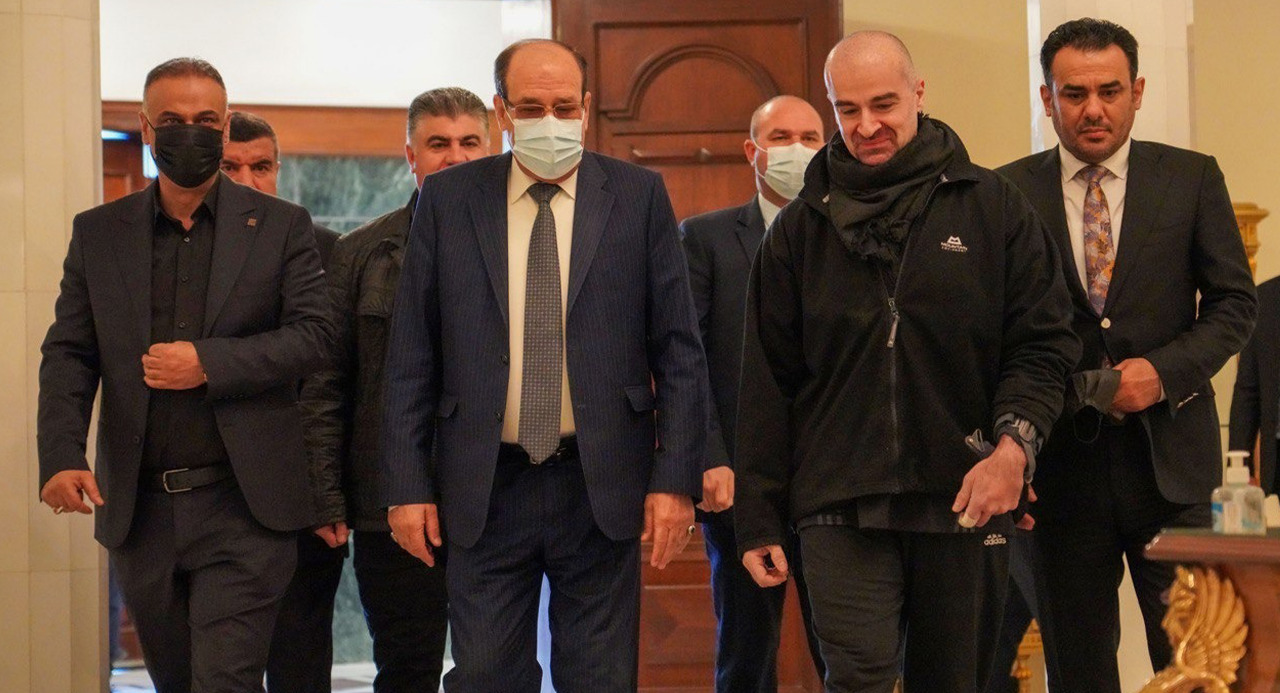 Shafaq News/ The Secretary-General of the Patriotic Union of Kurdistan, Bafel Talabani, met with a delegation from the Shiite Coordination Framework earlier today, Monday.

A statement by the PUK media office said that Talabani received the head of the State of Law Coalition Nouri al-Maliki, head of al-Fatah (Conquest) alliance Hadi al-Ameri, and the Secretary-General of Asa'ib Ahl al-Haq movement Qais al-Khazali, at the residence of late President Jalal Talabani, downtown the Iraqi capital, Baghdad.

Talabani discussed with his guests the latest updates on the political situation in Iraq, the progress of the government formation process, and the ongoing talks being held between the political forces to reach "national agreements."

The meeting called for bolstering the efforts to "converge the views between the political forces to form a national consensus government that prioritizes meeting the demands of all Iraqi citizens," in accordance with the "principles of the constitution" away from "intransigence".

The Coordination Framework and the Patriotic Union of Kurdistan reiterated their commitment to the "peaceful, legal, and constitutional" approach to resolve the current crises.

Earlier today, a source told Shafaq News Agency that the Talabani's meeting with the leaders of the Shiite forces consortium in Baghdad "revolved around the presidency row and the formation of the federal government."

CF's participation in the Presidential vote is uncertain-MP