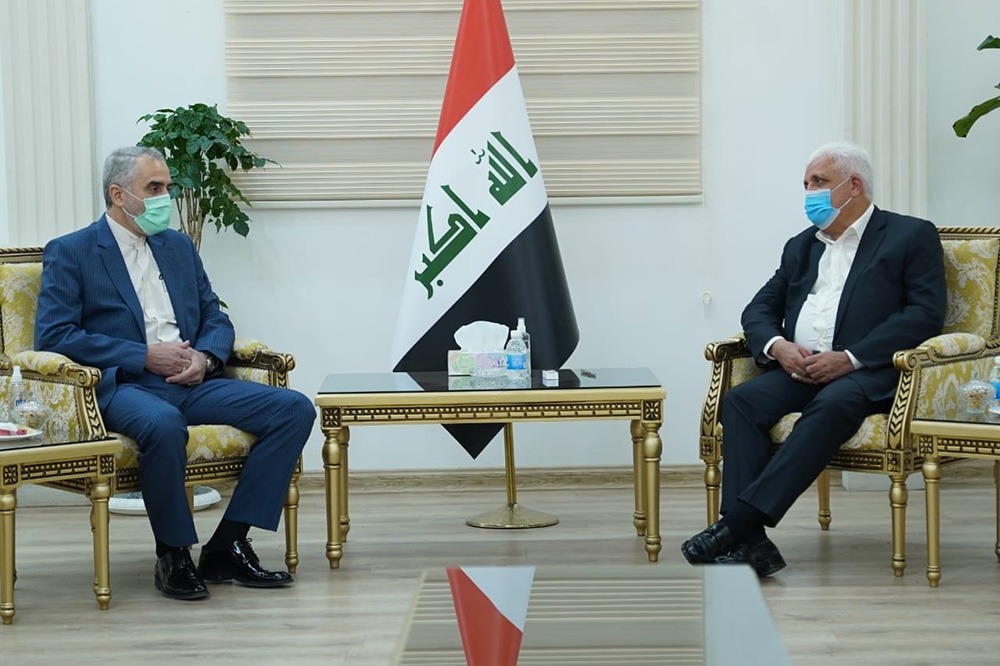 PMF media said in a statement that Fayyad discussed with the Iranian delegate the situation in the region and the issues of common interests between the two countries.

Fayyad stressed, according to the statement, the importance of military cooperation between Iran and Iraq and the necessity to expanding the efforts to combat terrorism.

For his part, Qurashi praised the efforts of the Popular Mobilization Forces in pursuing the remaining ISIS cells in the country.