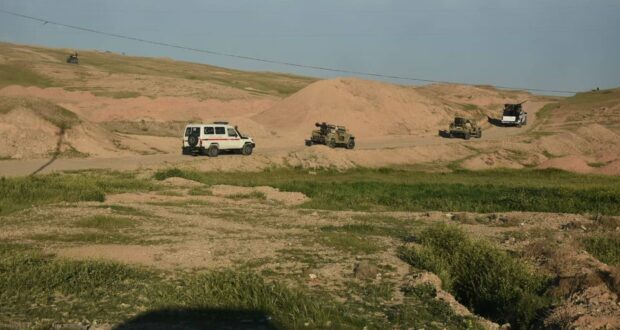 The source told Shafaq News Agency that a force from the PMF's 51st brigade raided sites previously deployed by ISIS militants as hideouts in the Makhoul mountains.

The source said that the operations aimed to halt the terrorist from reusing those sites.

"A force from the 35th brigade of the PMF Saladin Operations Commands, third regiment, carried out a security operation in southern Tikrit," the source said.

"The operation covered the villages of al-Zallaya, al-Bu Owaynat, and al-Bu Dour. It aimed to secure the remote areas and clear it from ISIS operatives," it added.

The same source reported joint operations between the fourth regiment of PMF's Saladin Operations Command and the third regiment of the Federal Police waged a security operation in Mukayshifah sub-district.

The operation fully secured and cleared the basin and the banks of the Tigris, said the source.