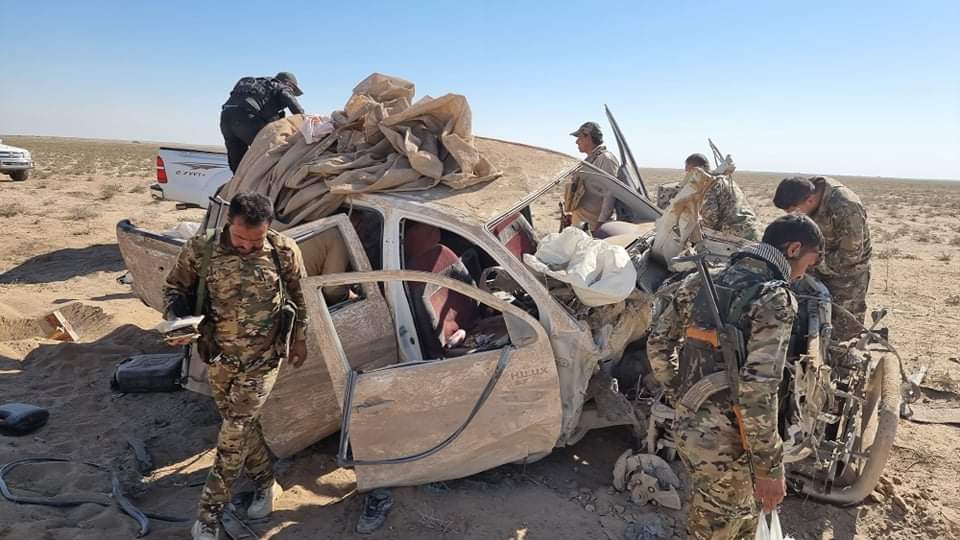 A press release by the PMF's media said that the troops found a pick up the terrorists used for transportation in their operations.

The vehicle was apparently destroyed by an explosive device, according to the statement