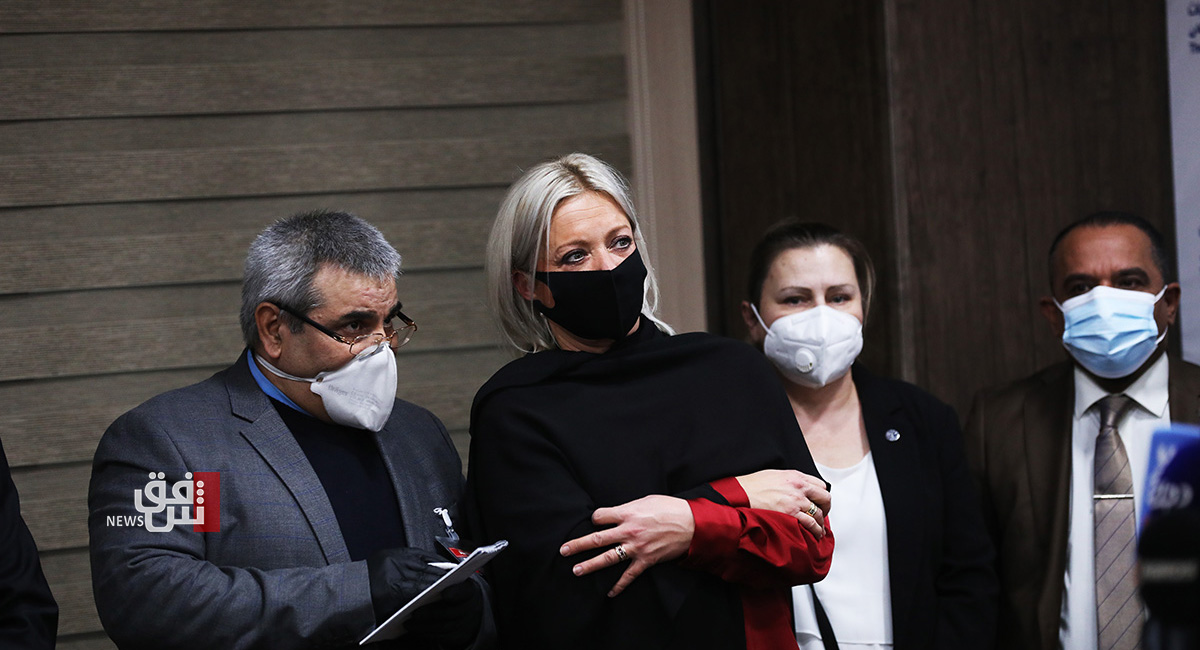 Shafaq News/ The Popular Mobilization Forces (PMF) has launched a scathing attack on the head of the UNAMI mission in Iraq, Jeanine Hennis-Plasschaert.

"We see that the special representative of the Secretary-General of the United Nations in Iraq, Mrs. Plasschaert, has exceeded her professional role, and has become a card (intervenes) in the Iraqi political arena," the PMF head, Faleh Al-Fayyad, said on Twitter.

He added, "Mr. Secretary-General of the United Nations, we need your professional international role in supporting Iraq."

Al-Fayyad concluded his tweet with the hashtag, "Yes to the sovereignty of Iraq.”

The PMF head did not give further details.

It is noteworthy that last year, Plasschaert played a mediating role led the Shiite factions close to Iran to announce the suspension of their military operations against US forces in Iraq.

UN-SRSG in Iraq extends warm greetings to Iraqis on Ramadan