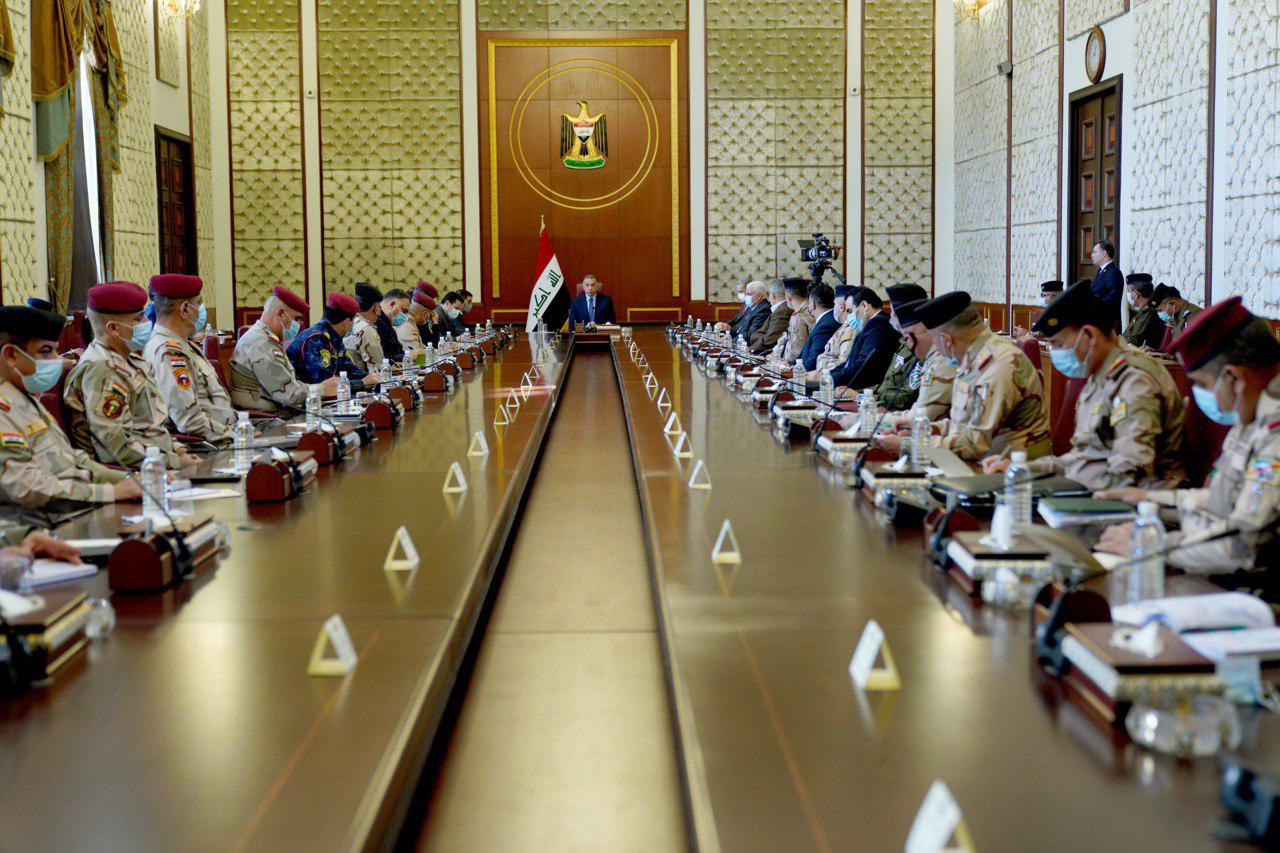 Shafaq News/ The media office of the Prime Minister, Commander-in-Chief of the Armed Forces, Mustafa Al-Kadhimi, stated that the latter chaired, on Tuesday, an expanded security meeting at the government headquarters in the Iraqi capital, Baghdad.

The office said in a statement received by Shafaq News Agency that Al-Kadhimi "chaired an expanded security meeting that included the ministers of defense and interior, heads of security agencies and security leaders."

The meeting touched upon the developments in the security situation in the country and the importance of preserving security and stability.

The meeting comes a day after Al-Salam Brigades, affiliated with the Sadrist movement, announced the general mobilization in Baghdad, Karbala, and Najaf.

The movement said that it received almost certain intel about the intention of "ISIS", the banned "Ba'ath" party, and local parties it did not name, to launch "large-scale" attacks on holy religious sites in Baghdad and other governorates.