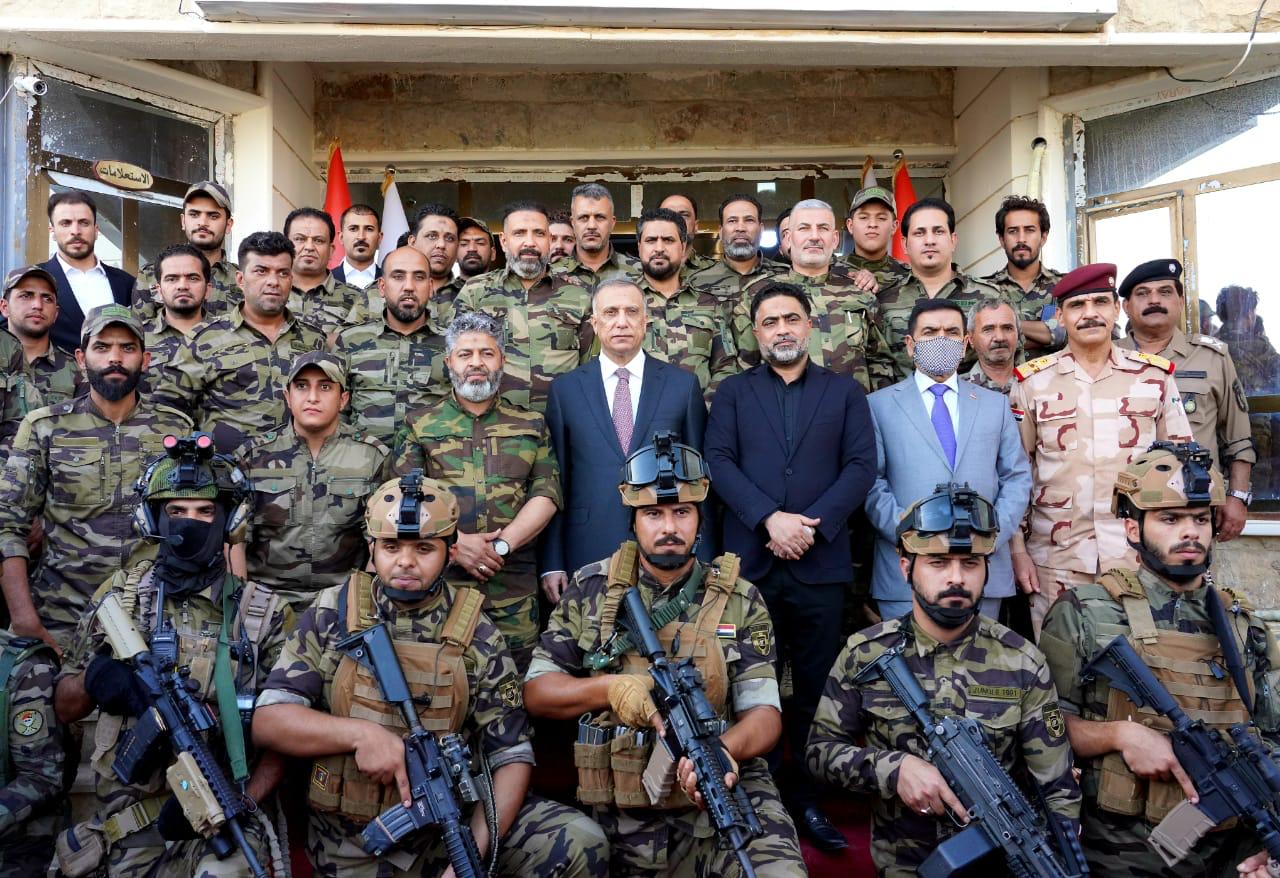 According to a press release issued by his office, PM al-Kadhimi discussed with the security commanders updates on the security situation in Samarra and cooperation between different security bodies.

Al-Kadhimi arrived this morning to the city of Tikrit, the center of Nineveh, flanked by a high-ranking security delegation and met with security and military Commanders in the governorate.