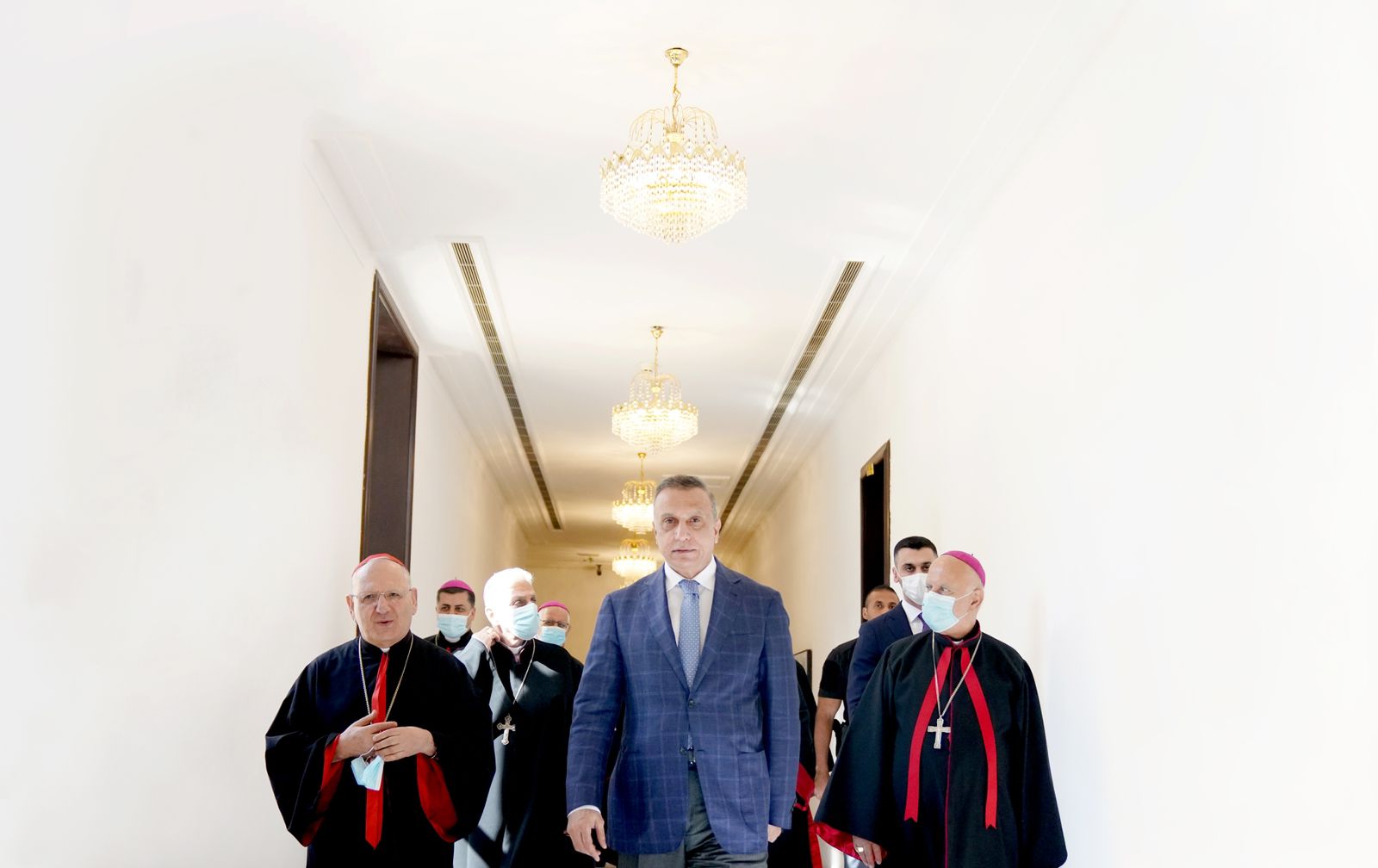 Shafaq News/ The Iraqi Prime Minister, Mustafa al-Kadhimi, urged the Iraqi Christians who left the country permanently to return, highlighting the vitality of "Christian Presence" to Iraq's "diversity" and "democracy".

The Prime Minister hinted at the role of "clerics" and "social leaderships" in preserving the diversity of the Iraqi community that serves as "wealth and a feature of the cultural extension of Mesopotamia."

"The Christian presence in Iraq, is one of the most important pillars of this profound diversity, which contributes to the protection of the democratic system, and offers solutions to political differences," he added, "the values of true Iraqi citizenship are the sincere protection of all sects and nationalities, under the tent of Iraqi identity."

The Prime Minister highlighted "the historic visit of His Holiness the Pope to Iraq and how it has stimulated important positive repercussions in support of Iraqi diversity, particularly the Iraqi Christian spectrum."

The Prime Minister called on "immigrants, whether Christians or from the rest of the Iraqi spectrum, to return to Iraq as a country," stressing that full support would be provided to facilitate such return.

Sako asserted, "His ample support for the government's approach in addressing the crises and challenges."

He also expressed his "thanks and appreciation for the government efforts made over the past year, moving forward with the reforms, and for overcoming the challenges faced by our Iraqi people," according to the statement.