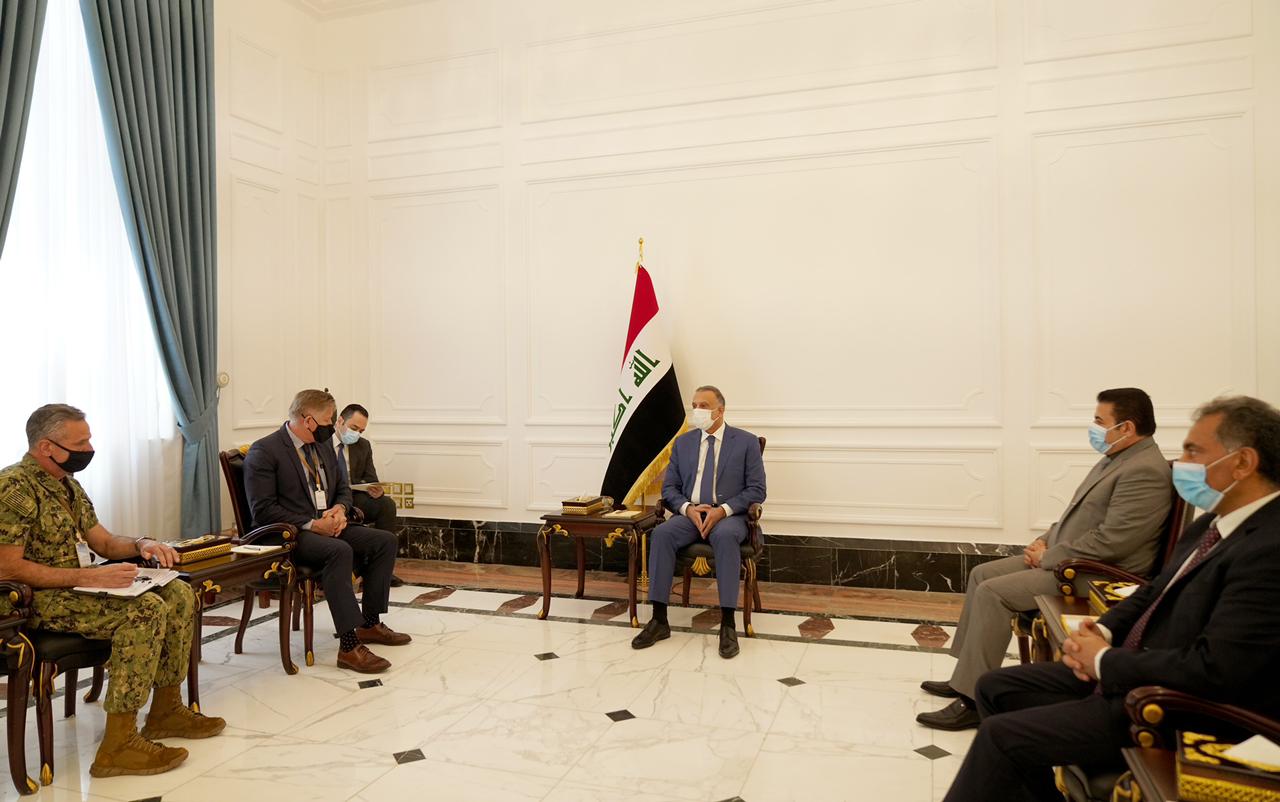 Shafaq News/ The Iraqi Prime Minister, Mustafa al-Kadhimi, confirmed on Tuesday that Iraq is seeking to strengthen relations with the North Atlantic Treaty Organization (NATO) to raise the military capabilities of the Iraqi forces.

Al-Kadhimi's media office said in a statement the PM received in Baghdad the Assistant Secretary General for Operations, John Manza, and his accompanying delegation.

The meeting discussed the cooperation between Baghdad and NATO and the role played by the NATO mission in supporting Iraq in the battle against ISIS.

Al-Kadhimi praised the role of NATO in raising the Iraqi military capabilities and the development of institutional structures and others.

According to the statement, the Iraqi PM stressed the government's endeavor to strengthen bilateral relations between Iraq and NATO, and the importance of this relation to achieve a new and fruitful beginning that respects the country's sovereignty.

A readout issued by the National Security Advisory said that al-Araji discussed with his guest the mission's work "related to developing the capabilities of the Iraqi forces and providing Consults."

According to the readout, Lollesgaard presented a brief review for the mission's work and its specific tasks and affirmed the absence of combat forces in Iraq, defining the mission's tasks as "consulting and training" in the framework of the cooperation between Iraq and NATO to support the Iraqi forces.

Al-Araji said that "Iraqi forces are headway in the combat expertise," indicating, "the cooperation with NATO falls within the parameters of developing the training aspects, which is considered a crucial factor to boost the capabilities of our security forces and keep up with the advancements in this field."