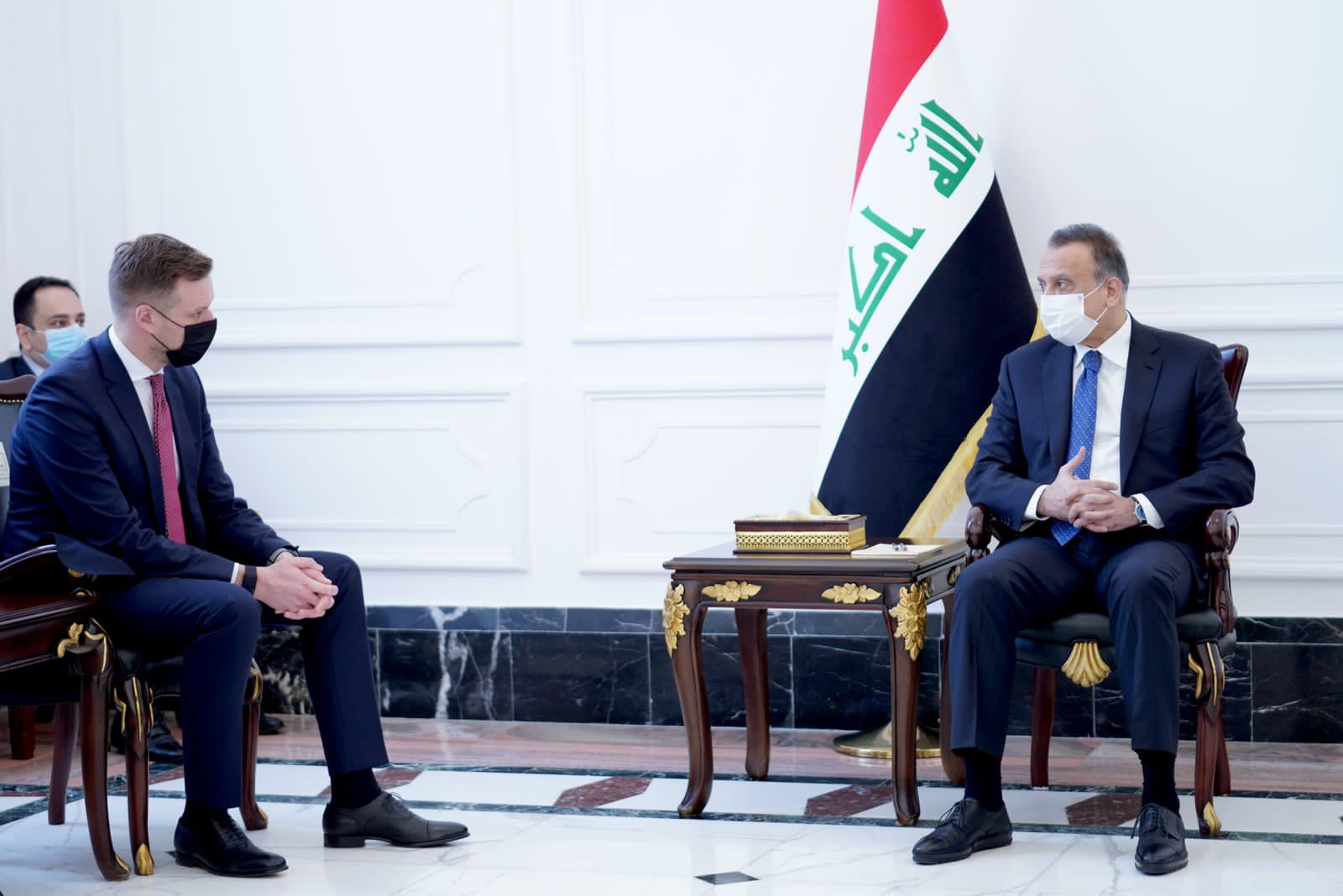 According to a statement by al-Kadhimi's office, the two parties discussed ways to enhance relations between Iraq and Lithuania, in addition to ways of cooperation with all countries of the European Union in various fields.

The two parties discussed joint work in the security field and combatting terrorism.

Landsbergis stressed the need to build investment and economic relations with Baghdad, especially after the EU decided to remove Iraq from the list of countries at high risk of money laundering and financing terrorism.

For his part, al-Kadhimi shed light on the need to help Iraqi refugees stuck on the EU's borders through humanitarian solutions.

The Lithuanian Minister invited al-Kadhimi to visit his country, and expressed appreciation for the Iraqi PM's efforts to solve the illegal migration crisis.

He also revealed his country's readiness to enhance cooperation with Iraq in all fields, and find ways to help Iraqi refugees enter through coordination with the Iraqi authorities.