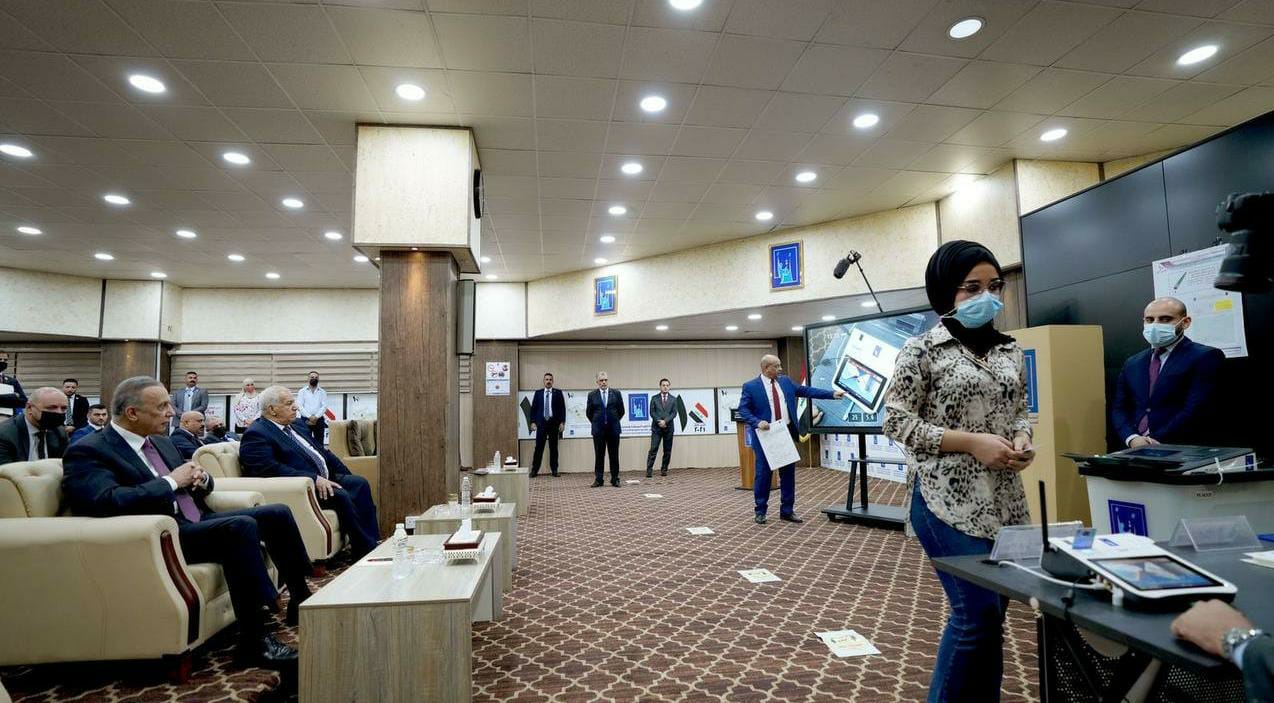 stafa al-Kadhimi, attended on Monday the final electoral simulation ahead of the parliamentary elections scheduled for October 10.

Al-Kadhimi tweeted, "We attended the final electoral simulation today - a successful experiment & testimony to the hard work that went into the process."

"This is a reassurance that we are keen on protecting electoral integrity," he added, "We look forward to popular participation which will safeguard our country."

The Independent High Electoral Commission conducted earlier today the fifth and final simulation for the polling day, less than a week prior to the date set for the general legislative elections in Iraq.