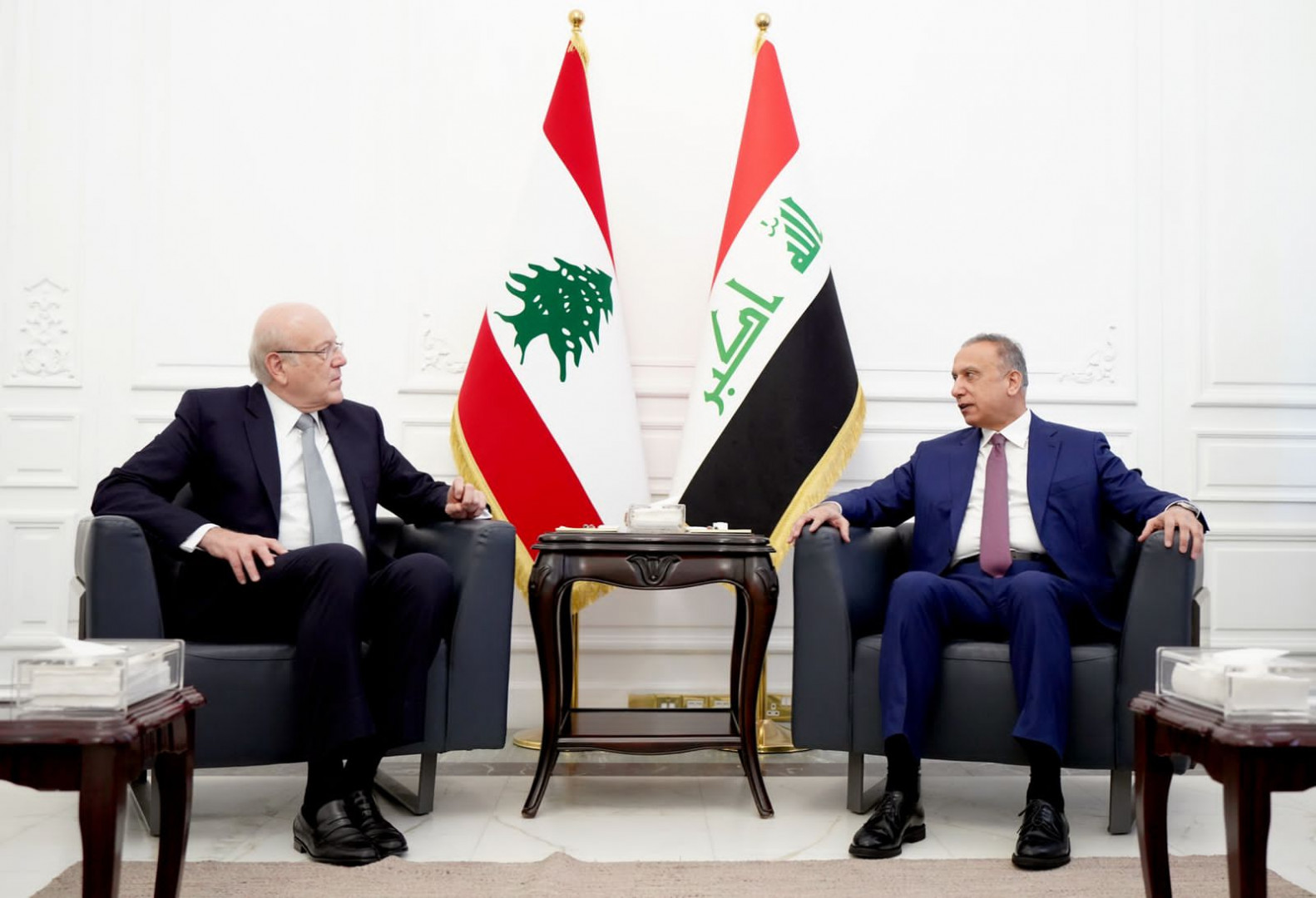 Al-Kadhimi's office said in a statement that "the meeting discussed ways to enhance cooperation between Iraq and Lebanon, and coordinate bilateral positions regarding regional and international issues.

For his part, Mikati praised Iraq's support for the Lebanese people, as well as the steps that Baghdad has taken regionally to promote peace and prioritize dialogue.

Last July, Iraq, and Lebanon signed an agreement that stipulates selling one million tons of heavy fuel oil at international prices to Beirut, in exchange for services and goods.