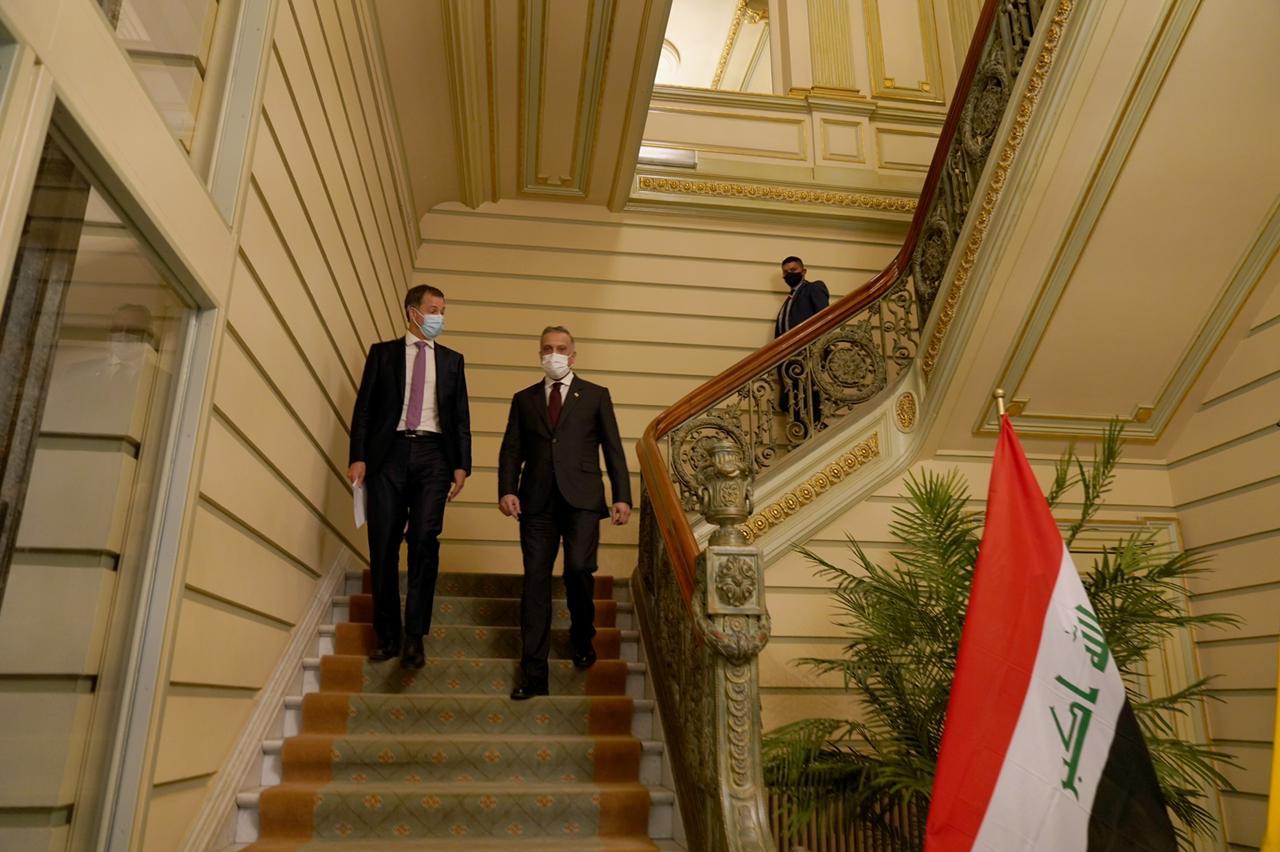 During the meeting, the two parties discussed bilateral relations between their countries, and ways to enhance cooperation in various fields, according to a statement by Al-Kadhimi's office.

Al-Kadhimi expressed appreciation for Belgium's supportive stance for Iraq in fighting ISIS through the Global Coalition, and its contribution to training and assisting Iraqi forces.

The Iraqi Prime Minister commended Belgium's support for the Iraq Stability Fund of the United Nations Development Program to rebuild liberated cities and support programs related to demining and humanitarian aid programs implemented by the High Commissioner for Refugees.

The Iraqi Prime Minister stressed the importance of holding a third political round within the framework of the political and diplomatic memorandum of understanding between the two countries, whose second round was held in Brussels three years ago.

Al-Kadhimi laid emphasis on the importance of reopening the Belgian embassy in Baghdad, given the relations between the two countries and Belgium's support for Iraq, stressing the Iraqi government's responsibility to protect the diplomatic missions.

For his part, De Croo praised the reform steps taken by the current Iraqi government, stressing that it would provide any assistance Baghdad needs in holding the upcoming elections and achieve stability and reconstruction.