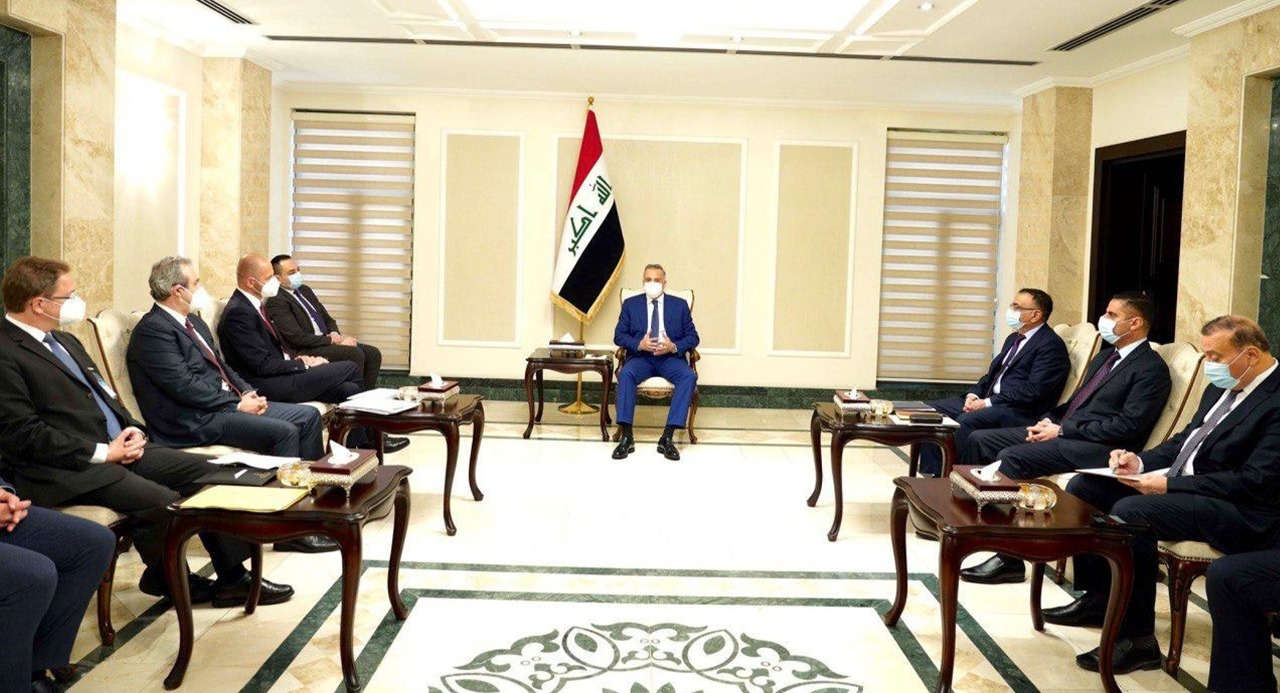 In a readout issued by al-Kadhimi's office, the meeting attended by the Charge D'affaires of the German embassy in Iraq, discussed implementing the cooperation roadmap concluded by the Ministry and other government departments and ways to eliminate obstacles hindering its implementation.

Al-Kadhimi urged the company to overcome the lag in the first stage of the agreement, instructing the Ministry of Electricity to expedite the process in order to be able to supply the citizens with power in the long and short term, the statement said.

The meeting explored views on expanding the prospects of Solar Energy and other sustainable energy sources, and the German company pledged to propose scientific suggestions in this regard.

Bruch said that the projects are witnessing a "positive acceleration" with the first stage at its end.

Al-Kadhimi directs to close all PMF offices at airports