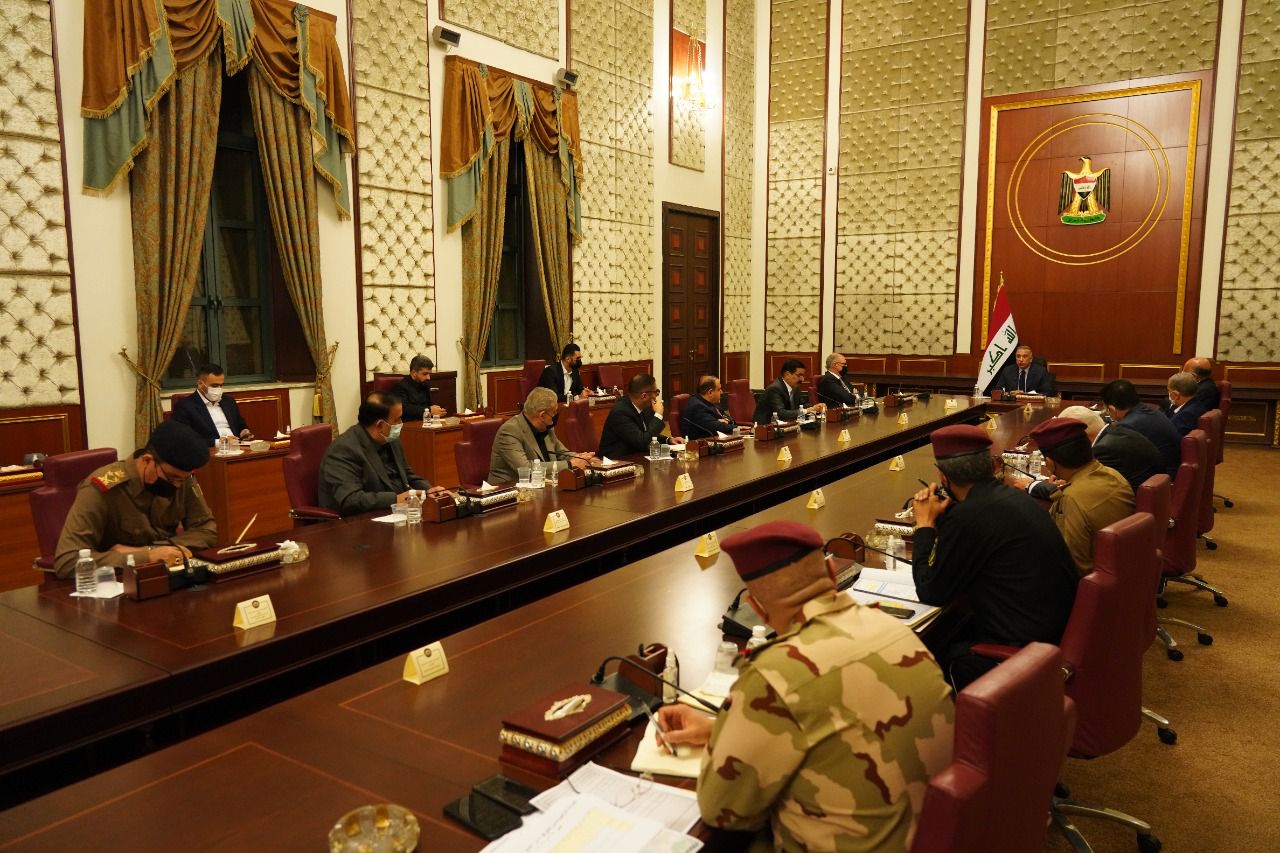 Shafaq News/ The Prime Minister, Commander-in-Chief of the Armed Forces, Mustafa Al-Kadhimi chaired an emergency meeting of the National Security Council, during which recent security developments were discussed.

"Al-Kadhimi shed the light on the weakness of the enemy's capabilities, noting that mismanagement and sometimes negligence in the work of military leaders lead to some violations, stressing the importance of developing new mechanisms to avoid the recurrence of security incidents," according to a statement by his office.

He stressed, "the need of activating the role of the intelligence services, and finding effective coordination mechanisms between the various security and military institutions to avoid violations."

The Prime Minister also directed the formation of the central committee to investigate these violations and prevent their recurrence."

The Prime Minister said that Kirkuk is known for its diversity, but some people seek to create sedition, especially as we are heading to fateful elections."

Al-Kadhimi was briefed on the report of the security leaders on the causes of the incident, and instructed to improve the performance of the security forces and prevent the recurrence of security breaches.

He directed to carry out a qualitative proactive process, which prevents sleeper cells from re-forming.