PM al-Kadhimi at the Syrian borders: our borders are safe 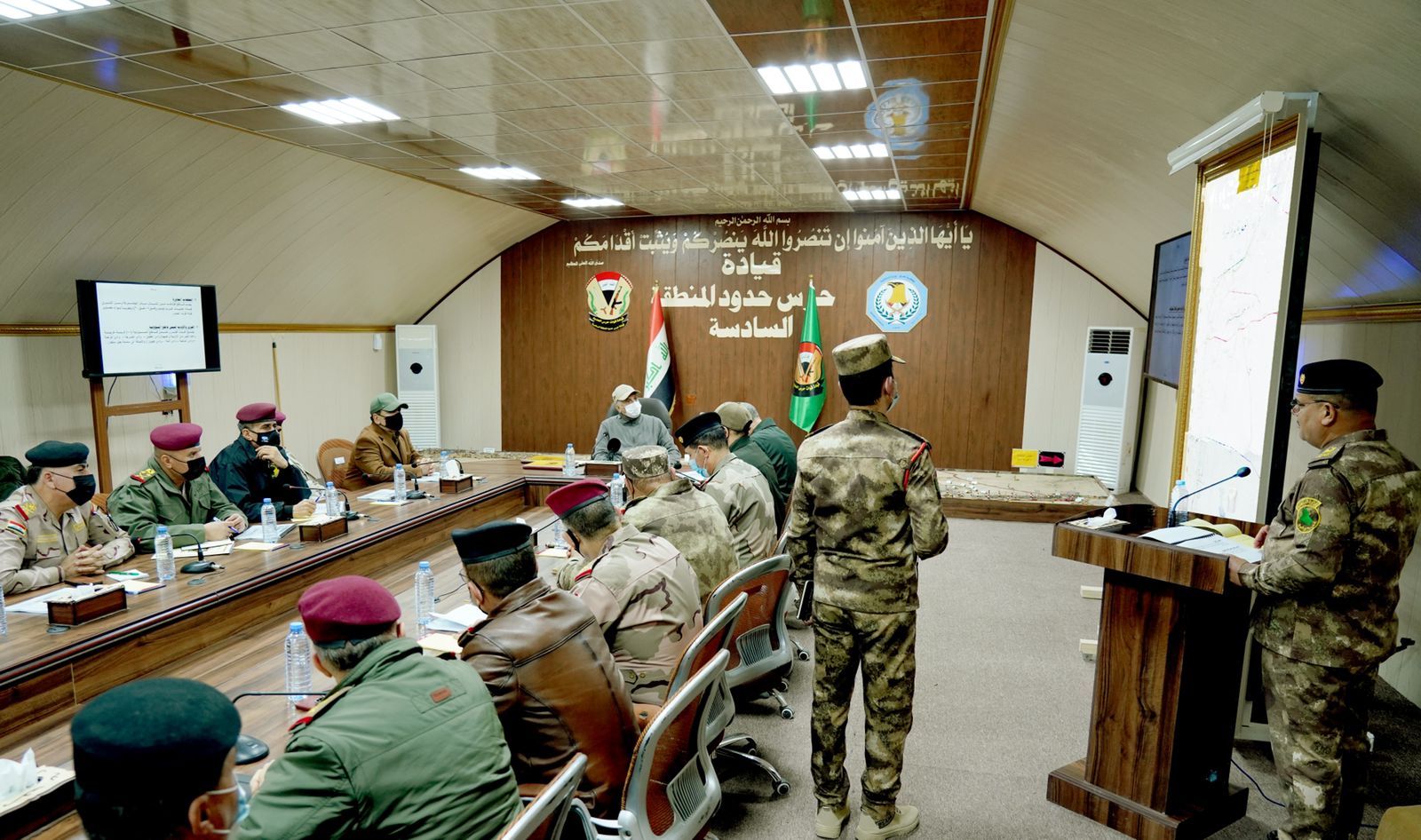 Shafaq News/ The Commander-in-Chief of the Iraqi Armed Forces, Prime Minister Mustafa al-Kadhimi, on Wednesday said that the Iraqi forces will pursue the members of the Islamic State (ISIS) organization inside and outside the country.

Al-Kadhimi's remarks came in a speech he delivered during a visit to the Iraqi borders with Syria earlier today.

"The purpose of our visit is to directly supervise the measures and precautions made by our heroes in the security and military forces. Our visit is a confirmation of the strong presence of the state and the readiness of our forces to deter any attempt to tamper with the security and stability of our country."

Al-Kadhimi took an aim at the members of the terrorist group." You know we will pursue you, inside and outside Iraq...you will pay for the follies you committed," he said in reference to the recent attack on a headquarters of the army in Diyala.

Addressing the security forces, the Prime Minister said, "once the borders are preserved, the country is preserved. Thanks to you, our borders are safe. We will not spare an effort in securing your needs for you to fulfill your duties."

Al-Kadhimi instructed the commands of different security agencies to cooperate, coordinate, and integrate to maintain the safety of the borders.

"Your capabilities, skills, and spirit are enough to eradicate any attempt or folly. The terrorist shall be aware of this, from here, at the borders, to every spot in Iraq," he concluded.

Al-Kadhimi: Iraq needs an infrastructure that commensurates with its geographic location