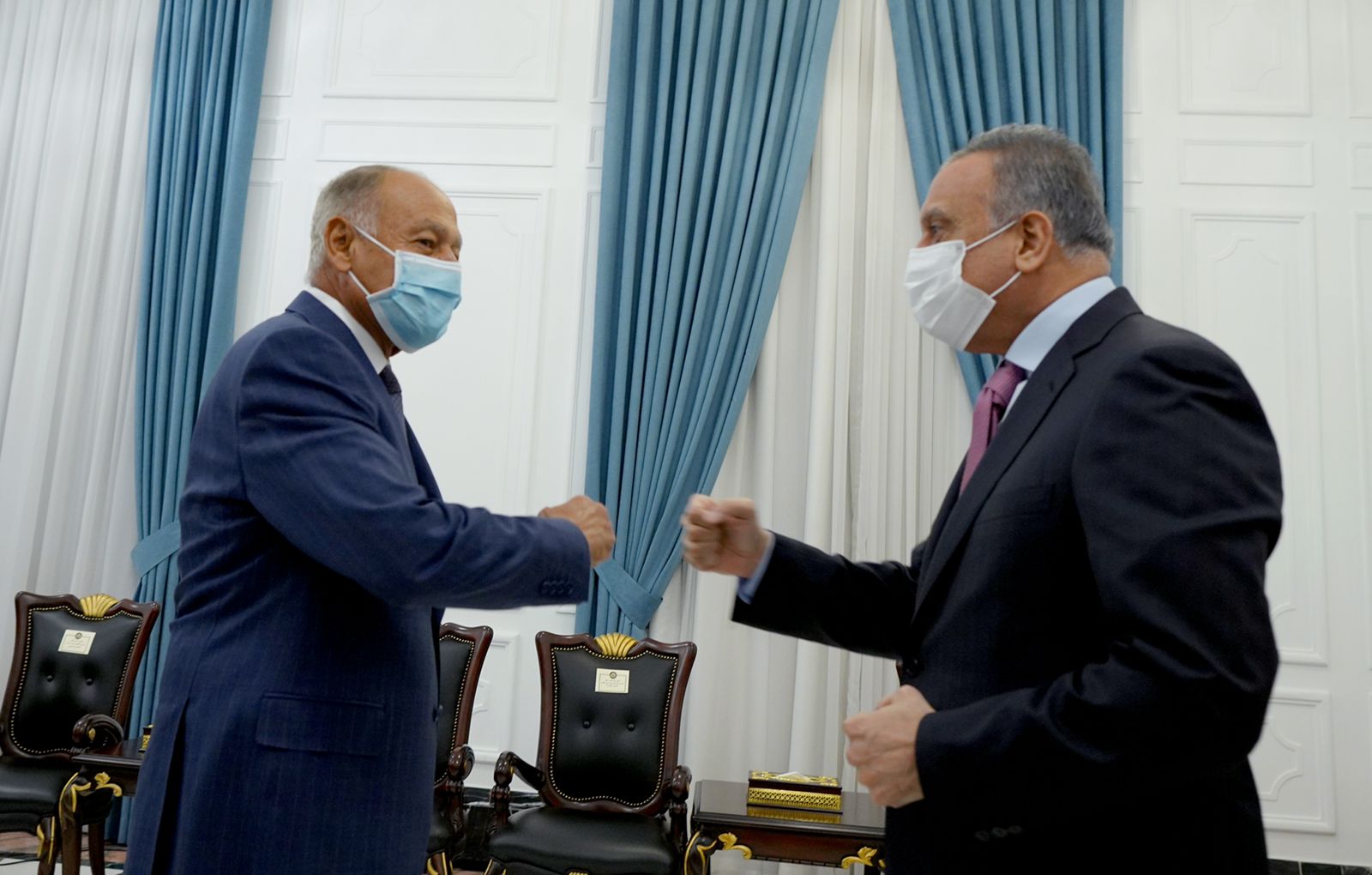 Shafaq News/ Prime Minister Mustafa Al-Kadhimi assured the Secretary-General of the Arab League, Ahmed Abul Gheit, that enhancing the Arab presence in Iraq is welcomed by popular and political parties.

Al-Kadhimi's office said in a statement that the latter received Abul Gheit and his accompanying delegation, where they discussed issues on the Arab and regional arenas, the general situation in Arab countries, the latest developments of the Palestinian cause, and the Arab League's role position towards these files.

During the meeting, the Prime Minister referred to "the role played by the Arab League in bringing views closer, reducing tensions, and in strengthening the Arab presence in Iraq, which receives a popular and political approval."

"Iraq prioritizes dialogue in its foreign relations", noting, "Iraq sees the need for Arab countries to rely on themselves, and to be open to exchanging views between each other."

For his part, Aboul Gheit commended Iraq's return to playing its regional and Arab role, and considered this a victorious return that has positive repercussions on many sides, including enhancing security, stability, and sustainable development in the region.